Katie Price and Peter Andre's relationship dominated the headlines following their separation back in May. They made their last public appearance as a couple at the British Soap Awards just two days earlier, and within two weeks Kate agreed to Pete's request for a quickie divorce. By June, Pete moved into his new home and Kate partied in Ibiza and had a fling with model Anthony Lowther. Pete relaunched his music career with several appearances, accompanying a Bollywood actress to the IIFAA in China and spending time with Chantelle Houghton. 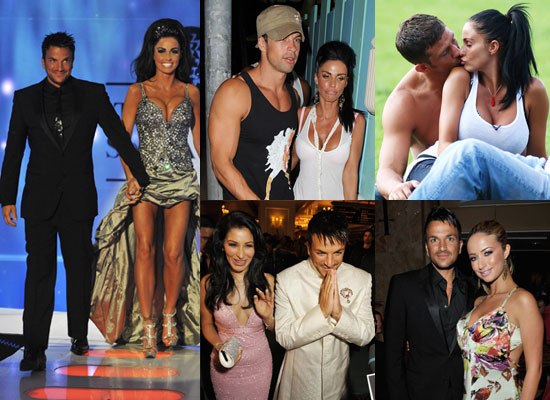 While the reason for the split was unclear, Kate went on to blame Peter's manager Claire, and revealed she'd had a miscarriage and had been raped in the past. Come July, Kate was involved with a new man, cage fighter and cross-dresser Alex Reid, but she sensationally dumped him live on TV after returning to the jungle to get "closure" on I'm a Celebrity Get Me Out of Here. Katie and Peter were granted a decree nisi in September, and their separate reality shows were aired through the Autumn, with more series planned for next year.