Lily Allen had a very successful year in her career, earning Brits and Ivor Novellos, and starting her own vintage clothing store. Personally, however, she's had a difficult last couple of months due to some heartbreaking news. Here are the headlines of her 2010: 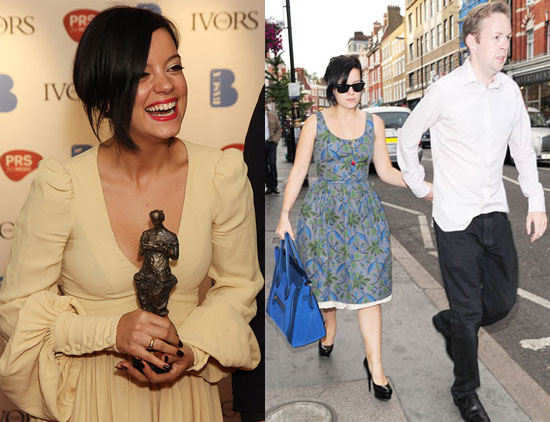 Lily and her man Sam Cooper were one of my favourite couples of Glastonbury Festival, and during the Summer they were also spotted at the Cricket where Lily was upset by the match fixing scandal. In August she was thrilled to announce her pregnancy, though sadly the couple lost their baby in November.

Fashion became a big part of Lily's life this year and in February she joined Kate Moss at London Fashion Week. She hung out with best buddy Miquita Oliver at a Matches party, and in September she previewed her vintage clothing store Lucy in Disguise in Selfridges. The main store opened later in the Autumn. September's Fashion Week led to Lily sitting front row at lots more shows, and she crossed the Channel to appear at Paris Fashion Week too. We wish Lily a healthy and much happier 2011.