We've been asking for your favourites of the year in our Best of 2010 polls, and you've been voting in your thousands! Today we're announcing the winners in the categories of British actor and actress. Emma Watson was streets ahead of the competition getting 78% of the vote to be crowned as your pick for best British actress, with Keira Knightley and Kate Winslet in second and third place. Robert Pattinson and Daniel Radcliffe fans fought hard for their favourite to win the poll, but Rob won out with 47% of the vote to Daniel's very respectable 46%. Hugh Laurie came in third. Stay tuned for more readers' choices! 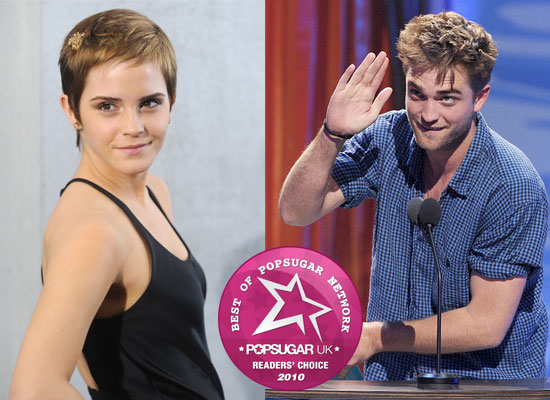