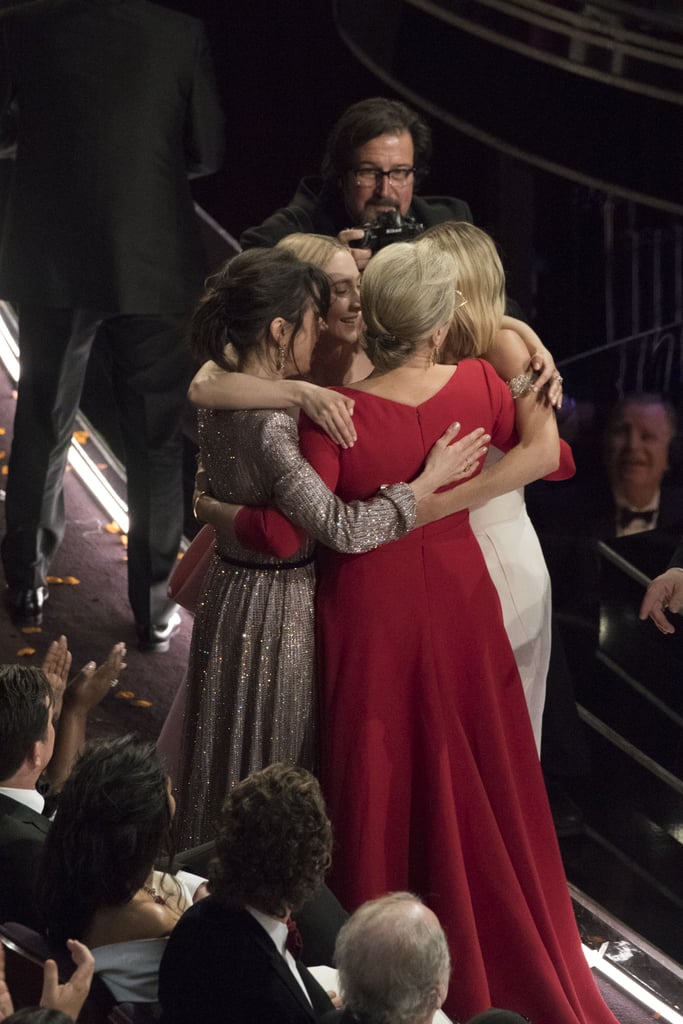 Frances McDormand took home the Oscar for best actress for her outstanding performance in Three Billboards Outside Ebbing, Missouri on Sunday night, and she had everyone on their feet during her inspiring acceptance speech preaching solidarity. Well, her fellow best actress nominees also personified that in a simple moment not seen on TV.

Meryl Streep, Sally Hawkins, Margot Robbie, and Saoirse Ronan were spotted taking part in an adorable group hug after Frances's speech. Timothée Chalamet captured it perfectly when he called them "legendz" in his Instagram story that night, and Twitter also had feelings about the moment.

find someone that looks at you like sally hawkins, saoirse ronan and margot robbie look at meryl streep pic.twitter.com/rF9xBZTHRG

Meryl Streep, Margot Robbie, Saoirse Ronan and Sally Hawkins hugging after the ceremony is all I needed pic.twitter.com/9ZPPmsuZNI

We are right there with all of these tweets and are slightly jealous that we couldn't be in the middle of this. Read ahead to see it for yourselves, and you'll see what we mean.