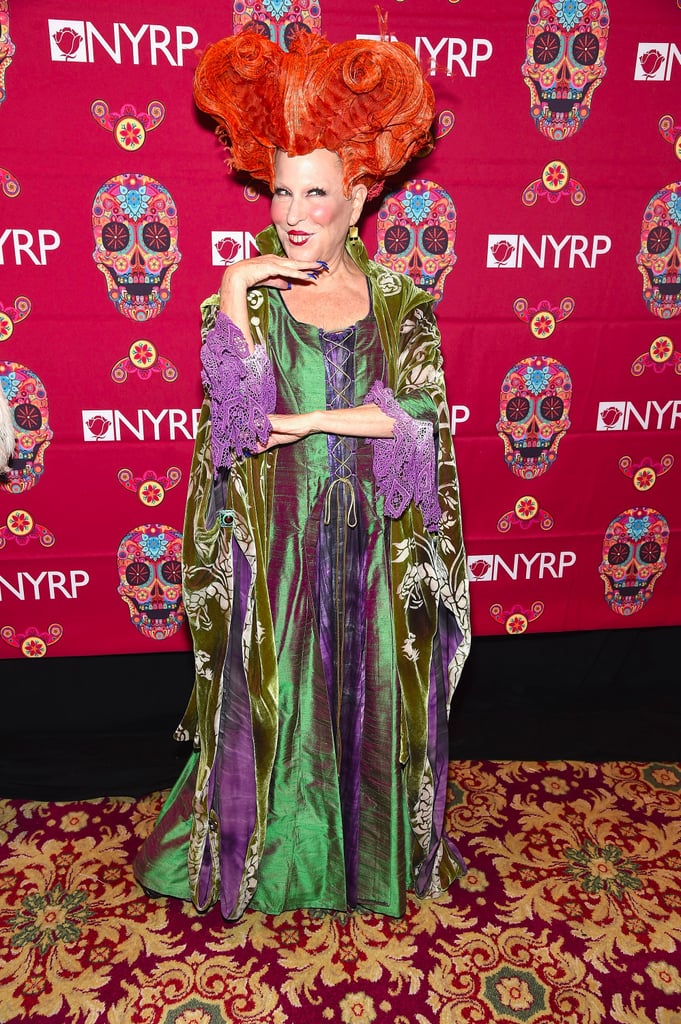 Bette Midler showed up at the Waldorf Astoria in New York City on Friday night to suck the lives out of little children. Well, not really. The legendary actress, who is the founder of the New York Restoration Project, was on hand to attend the organisation's Hulaween Bash. Bette dusted off her broom to go as her beloved Hocus Pocus character Winifred Sanderson, making it seem like no time has passed since a virgin lit the black flame candle back in 1993.

In addition to posing with fellow attendees Kathy Griffin and Marc Jacobs (yep, that's him in the bikini costume), Bette also linked up with her daughter, Sophie von Haselberg, and brought back some of Winifred's signature poses. And her costume was almost identical to the one she wore in the classic Halloween movie. Red hair? Check. Big teeth? Check. Being an overall badass? Check.