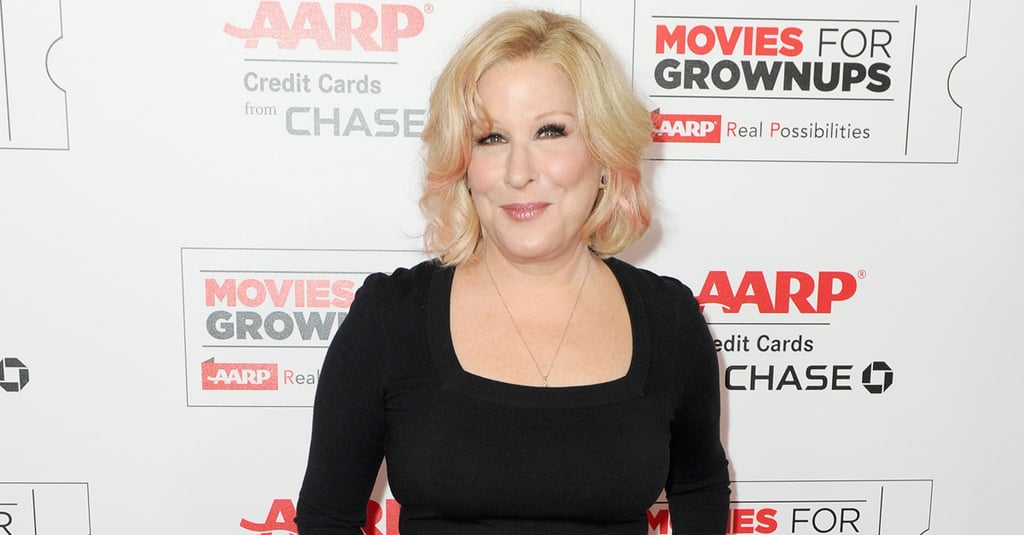 If you thought the drama surrounding Kim Kardashian's recent selfie was over, think again. After having a Twitter feud of sorts over the reality star's naked post, Bette Midler is now challenging her to use the selfie for charity. On Wednesday, Bette took to social media to share a photoshopped image of herself wearing only a bra and underwear with the caption, ".@KimKardashian Put your selfie to work...for a good cause! Donate, RT, I'll match $$ 2-1!"

Over the past few days, Kim's photo has gained a lot of attention in the media and with other celebrities. While some stars were quick to offer support, others were not so kind. Chloë Grace Moretz criticised her for being a bad role model to young girls, while Bette went with a brutally honest tweet, writing, "Kim Kardashian tweeted a nude selfie today. If Kim wants us to see a part of her we've never seen, she's gonna have to swallow the camera." Kim has yet to respond to Bette's charity idea, but she did hit back at the actress for her initial criticism and went on to write a thoughful essay on why she chooses to pose naked. While we wait to see what happens next, check out Kim's recent outing with sister Kourtney amid all the chaos.