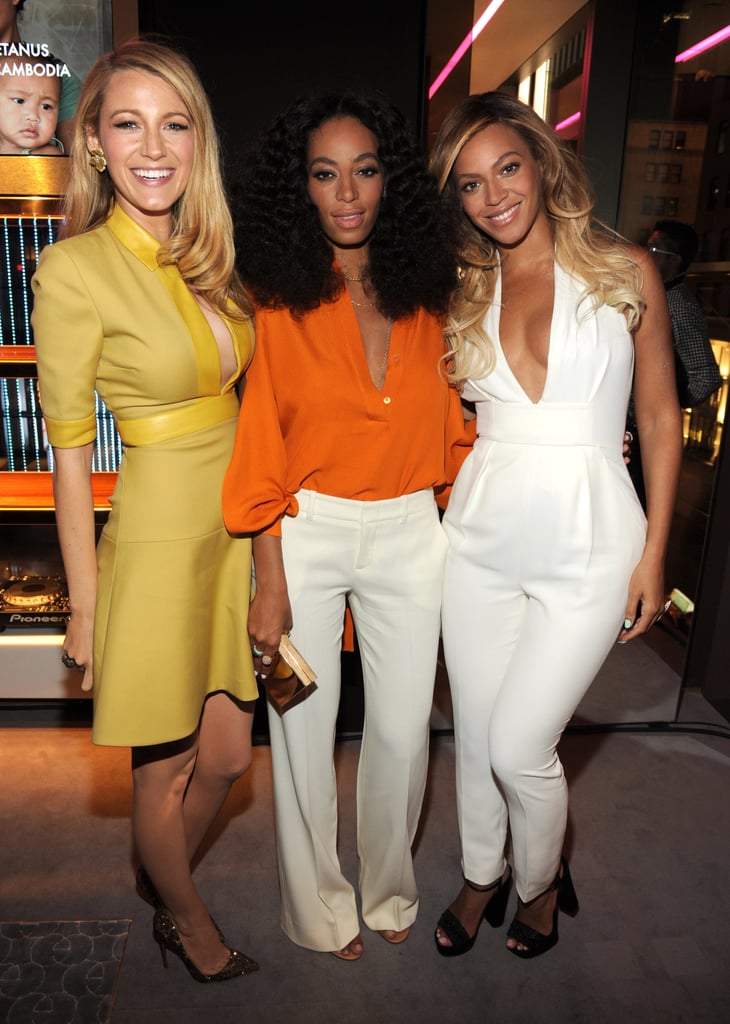 Queen Bey met one of the queens of Gossip Girl when Beyoncé and Blake Lively linked up for a Chime For Change cocktail reception in NYC on Tuesday night. Other guests included Beyoncé's sister, Solange Knowles, Gucci spokesman James Franco, and Gucci's creative director, Frida Giannini. Chime For Change was founded last year by Beyoncé, Frida, and Salma Hayek, who is married to François-Henri Pinault, the CEO of Kering, the company that owns Gucci. The cocktail hour was meant to celebrate the one-year anniversary of the Chime For Change concert in London, which featured performances by Beyoncé, Jay Z, and Jennifer Lopez and had an A-list roster of celebrity presenters, including Blake, James, Jessica Chastain, and Madonna. Beyoncé also used the occasion as a change to announce that she will be donating $500,000 to charities aimed at girls and women.

Beyoncé didn't have to travel far for her party night with her sister, as she is currently vacationing in the Hamptons with Blue Ivy Carter and Jay. The singer shared several sweet photos of her relaxing country retreat, although she apparently ditched the mile-long braids she had been sporting for the past few weeks when she journeyed into the city. The party wasn't just about Bey's foundation, as it also celebrated her new feature in T: The New York Times Style Magazine.

Celebrity Style
The Designer of Beyoncé's Sustainable Mesh Minidress Is Thrilled: "The Day Has Finally Come!"
by Sarah Wasilak 19/4