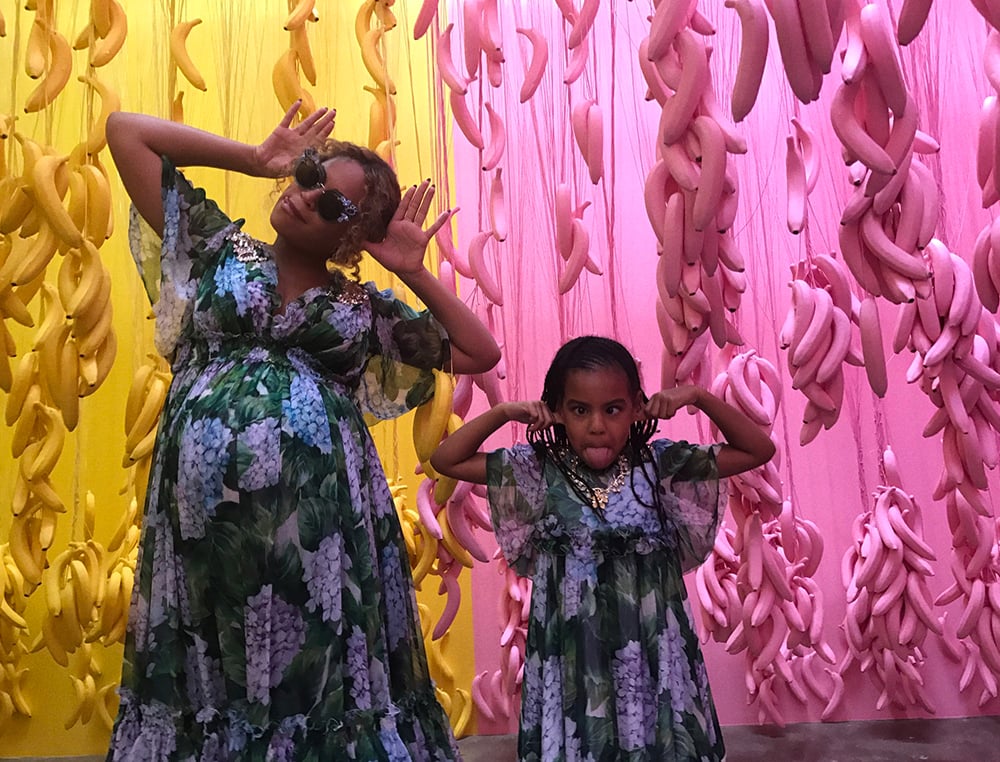 As we anxiously await the arrival of Beyoncé and Jay Z's twins, Queen Bey herself decided to share a series of family photos from her recent Mother's Day celebration on her website on Friday. Beyoncé, Jay Z, and daughter Blue Ivy all visited the new Museum of Ice Cream in LA along with Beyoncé's mum, Tina Lawson. The fun visit also doubled as Apple Martin's 13th birthday, and from the looks of it, they had a blast. Not only did Beyoncé and Blue wear matching Dolce & Gabbana dresses, but the brood was all smiles as they played on a swing set and tossed a ball around in a giant pool of sprinkles. We wonder if they ran into Nicole Richie and her family?