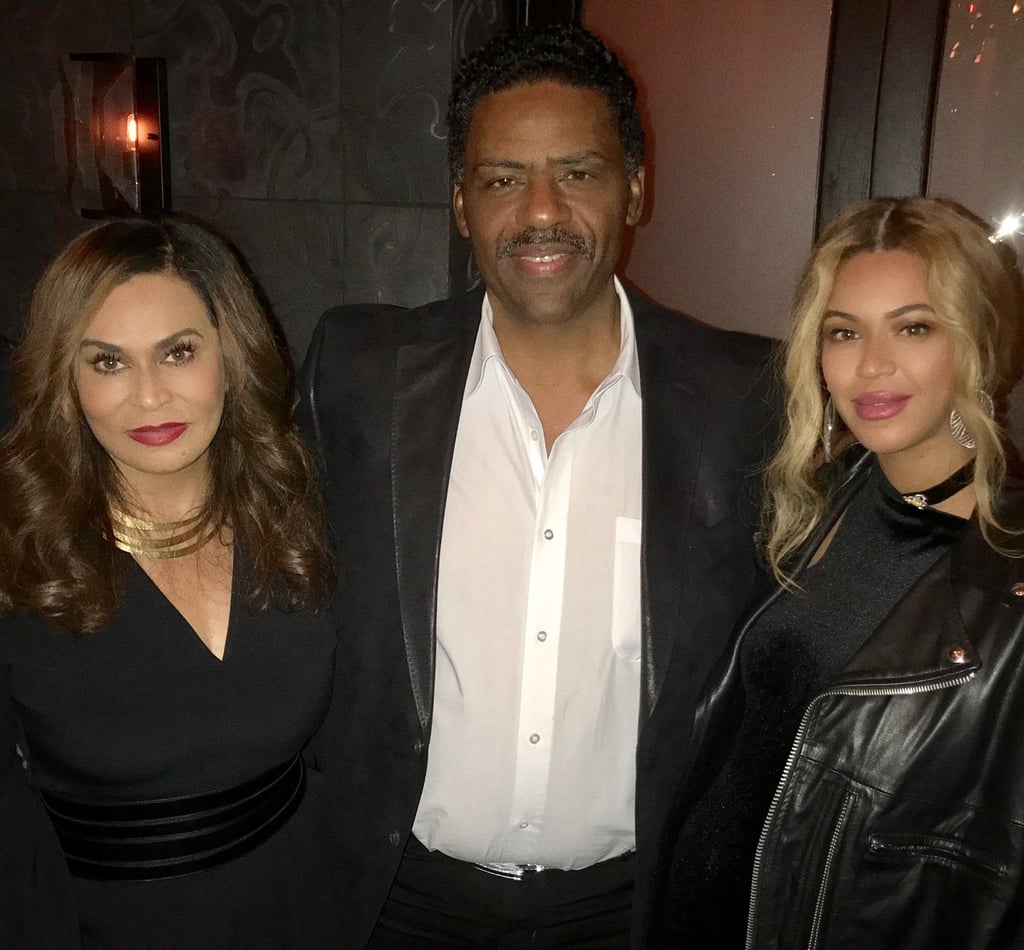 After hitting up the Beauty and the Beast premiere with Jay Z and daughter Blue, Beyoncé stepped out in style for her stepfather Richard Lawson's 70th birthday party on Wednesday. The music icon, who is currently pregnant with twins, wore a black dress that perfectly accentuated her growing baby bump complete with thigh-high boots and a Gucci bag. Guests included Beyoncé's mum, Tina Lawson; her cousin Angie Beyince; and Kelly Rowland, but missing from the fun were Jay Z, Blue, and Richard's daughter, Bianca. Tina uploaded a video from the bash on Instagram in which Beyoncé can be heard saying she's drinking a "nonalcoholic orange" beverage, and Beyoncé posted even more shots on her website on Monday. Look through to see them all now.