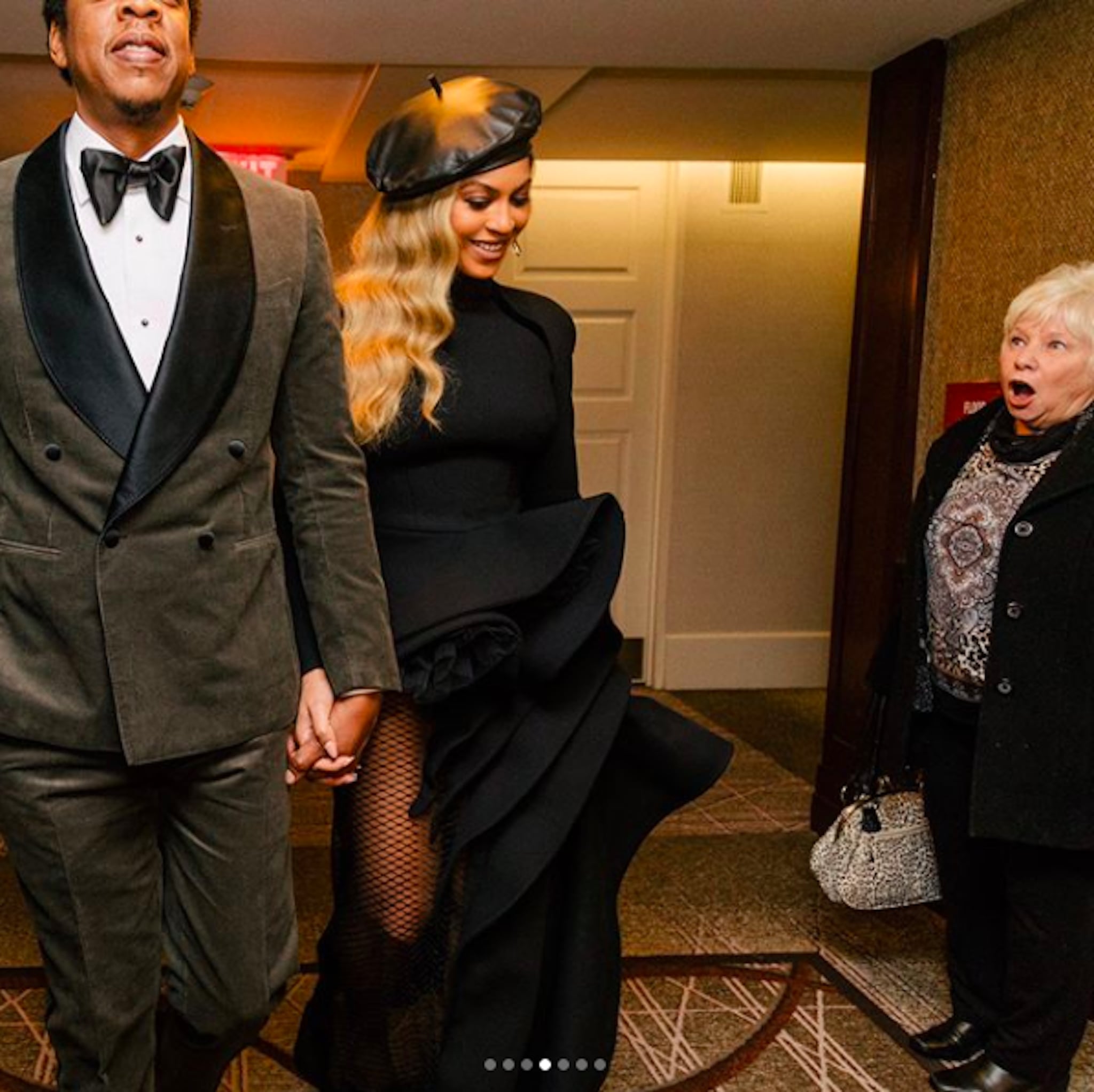 Can you imagine what it would be like to just casually bump into Beyoncé and JAY-Z at a hotel? No? Neither can we, but that's exactly what happened to one lucky lady in NYC on Saturday night. After stepping out for the annual Roc Nation brunch, the couple made their way to the Sheraton hotel for Clive Davis's pre-Grammys bash. Beyoncé shared an Instagram album from their glamorous date night shortly after, and in one of the photos, a woman with a shocked expression on her face can be seen staring at Beyoncé and JAY-Z. Given that the party was held at a hotel, it's safe to assume that there were other people from out of town staying there. Honestly, if we ran into Beyoncé and JAY-Z that woman would totally be us, too.

TikTok
Am I the Only One Who Tried the Baked Feta Pasta Recipe and Hated It?!
by Kalea Martin 18 hours ago