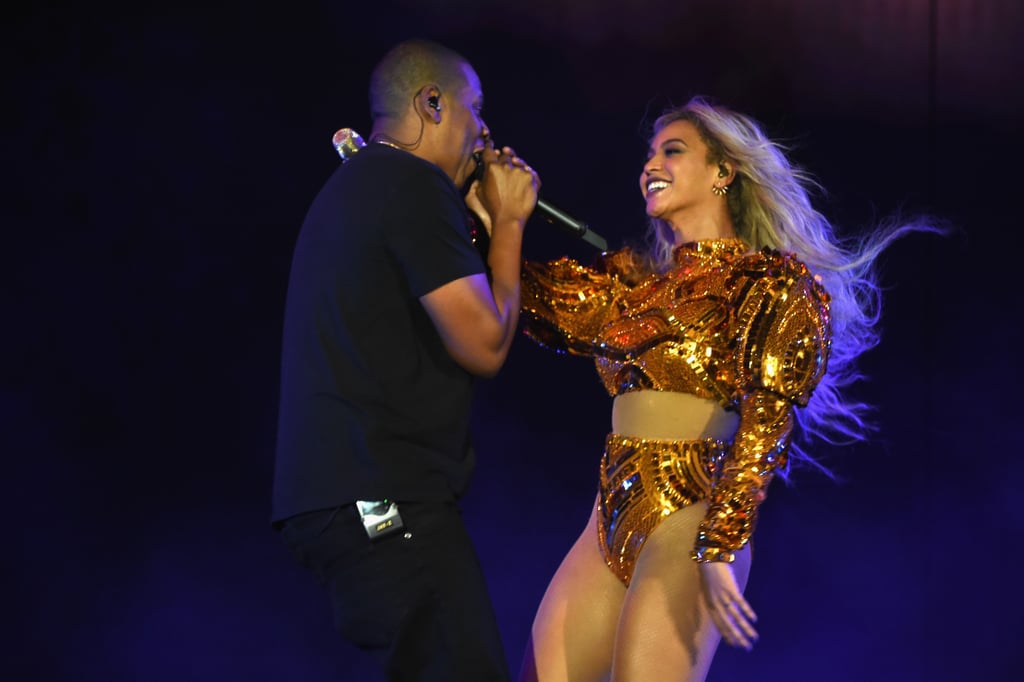 Beyoncé ended her Formation World Tour with a bang on Friday night at MetLife Stadium in New Jersey. Not only did she deliver, but she surprised the crowd with special appearances by Kendrick Lamar, Serena Williams, and none other than her husband, Jay Z. Kendrick joined her on stage for a performance of their song, "Freedom," while Serena brought "Sorry" to life by twerking on stage. The best part, though, might have been when Queen Bey brought out Jay Z and the two sang "Drunk in Love," finally putting that Lemonade drama to rest and marking the first time they've hit the stage together in over a year. After eight years of marriage, it's safe to say that Beyoncé and Jay Z are still crazy in love.

Lizzo
Yes, Beyoncé's Lyrics Were Ableist. There's a Lot More to the Story.
by Maggie Ryan 2 days ago