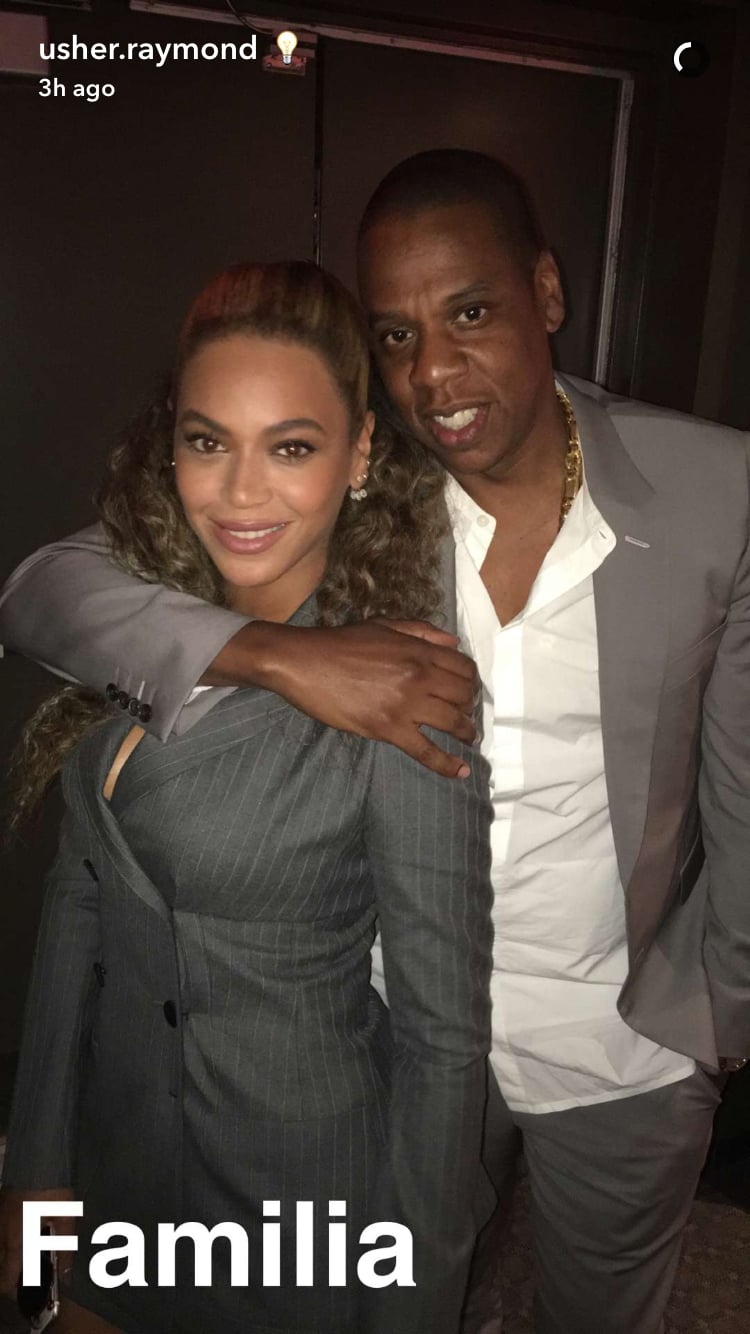 Following their romantic Italian holiday, Beyoncé and Jay Z returned stateside and managed to sneak into the Hands of Stone premiere in NYC on Monday night. While the couple skipped the red carpet, Usher took to Snapchat and uploaded a photo of the pair cuddled up backstage, writing, "Familia." The "Crash" singer has been friends with Beyoncé and Jay Z for quite some time now, and earlier this year, he posted a hilarious video of the trio hanging out at the Super Bowl, where Beyoncé nearly caused a worldwide meltdown.