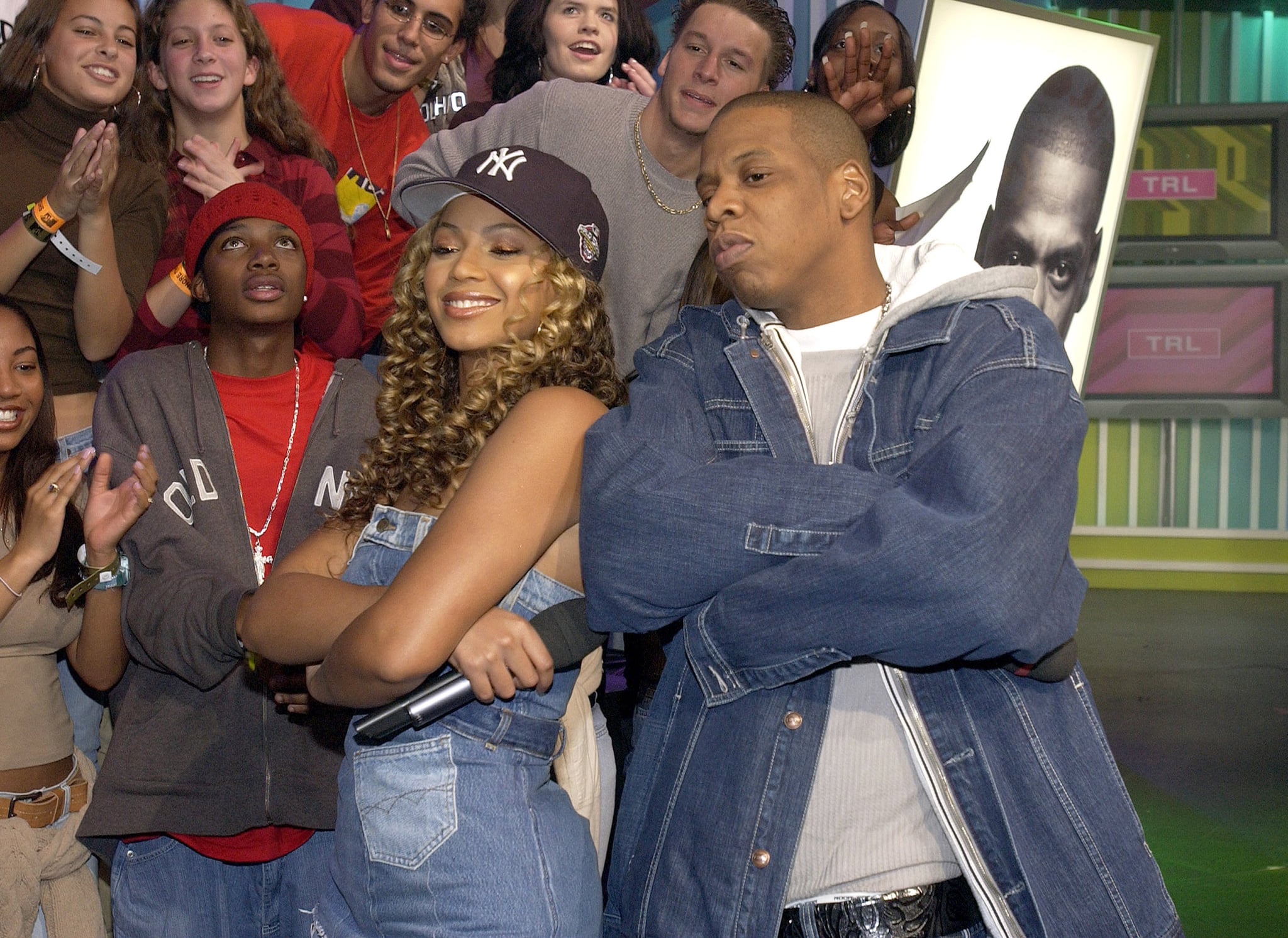 To celebrate Beyoncé and Jay Z's wedding anniversary, let's take a nostalgic look back at their Total Request Live performance. Not yet a public couple, the pair appeared on MTV's TRL to perform their hit song "'03 Bonnie & Clyde" in November 2002. They sported coordinating denim outfits for their appearance, which brought a huge crowd to Times Square as hundreds of fans came out to support the two stars. Watch the couple's performance in the video below, then look back at Beyoncé and Jay Z's best PDA pictures from over the years!