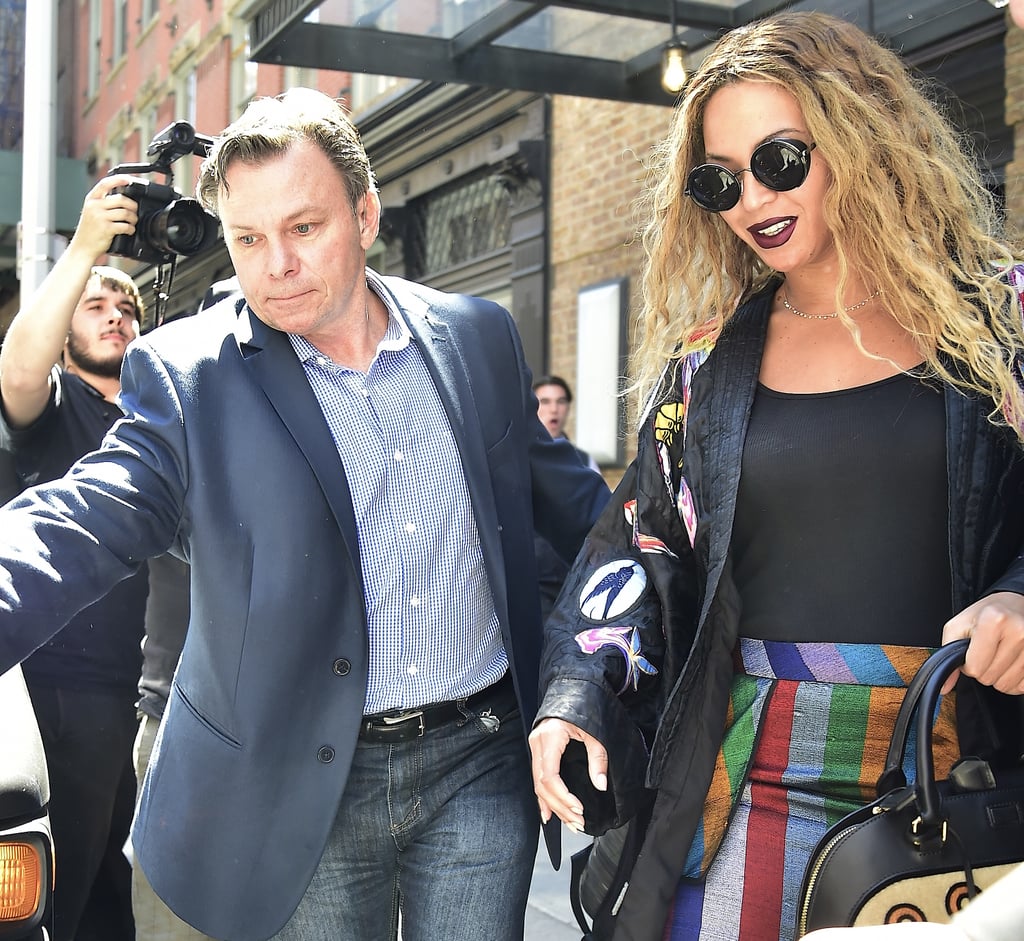 Just a few days after Beyoncé and Jay Z had an adorable night out with their daughter, Blue Ivy, at the CFDA Fashion Awards, the superstar couple was photographed together on a sunny afternoon in NYC. As Bey and Jay made their way out of a building in Tribeca and into their car on Tuesday, Jay wore head-to-toe black, while Bey proved she 100 percent deserved her recently received fashion icon award by stepping out in a colourful striped skirt, a jacket covered in fun patches, and a black and yellow bag that looks eerily similar to a beehive (wink, wink). Since Beyoncé dropped Lemonade in April and began her countrywide Formation tour, the pair has made sure to squeeze in plenty of romantic date nights together all over NYC. Check out their most recent photos here!