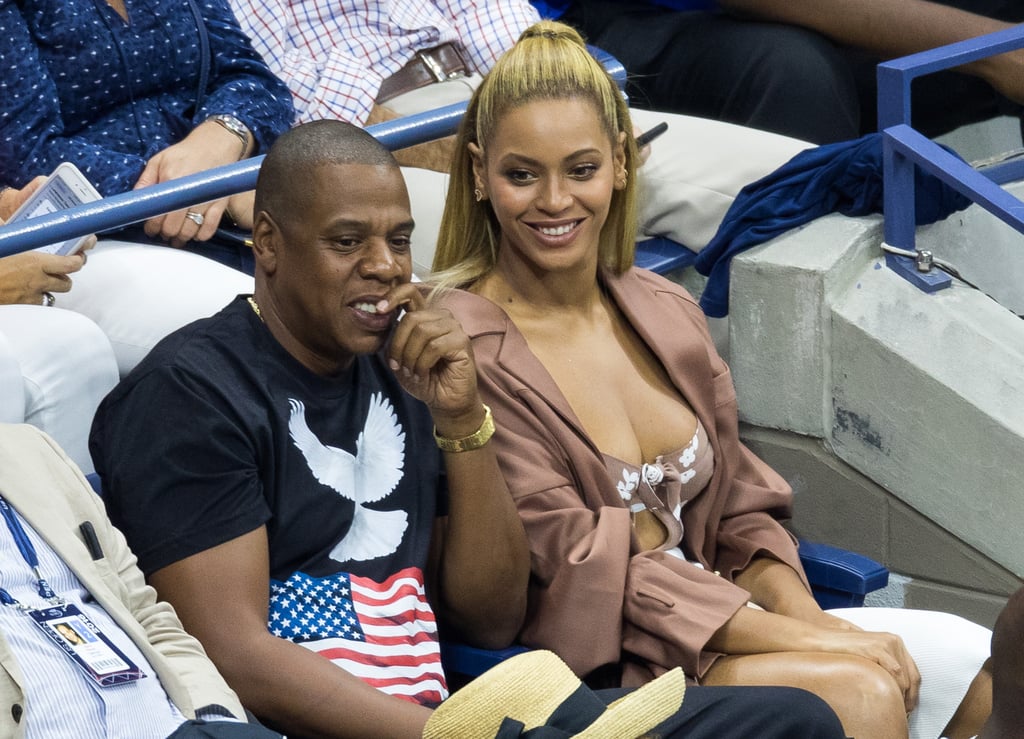 Beyoncé and Jay Z Cheer on Serena Williams at the US Open!

On Thursday, Beyoncé Knowles and Jay Z attended the US Open in NYC. The power couple showed up to the event — Bey looked flawless and shared smiles with her husband — and offered support for Serena Williams, who was competing against Vania King. Bey, of course, is in the midst of her Formation World Tour, and is fresh off her triumphant night at the MTV VMAs, where she brought a very unimpressed Blue Ivy Carter, snagged the award for video of the year, and knocked out a stunning 15-minute performance. The best part is, Serena introduced her performance at the VMAs, so it's like Beyoncé is returning the favour! Plus, seeing as Serena was one of the star players in Bey's visual album, we're not surprised she showed up for Serena's big match.