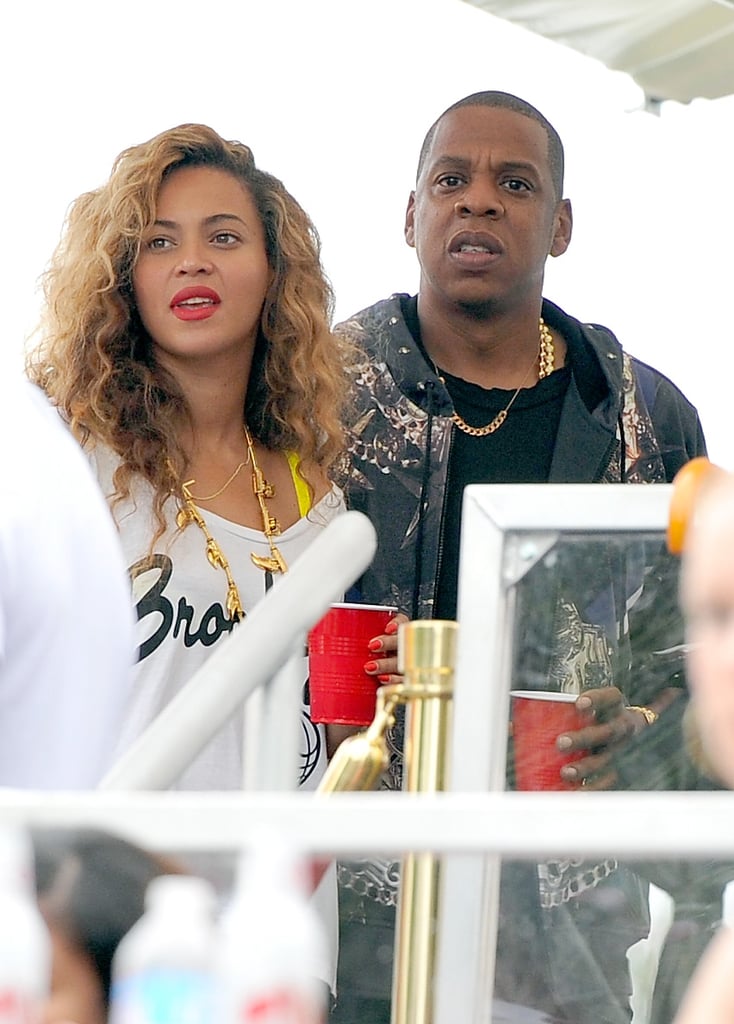 Beyoncé Knowles headed to Philadelphia to link up with her husband, Jay-Z, over the weekend. He was in the city of Brotherly Love to headline the Labor Day Made in America festival. After taking the stage with Kanye West on Friday, Jay was back before the crowds last night too. Beyoncé was on hand to watch both nights, and yesterday afternoon, the couple were snapped showing some PDA and catching up with director Ron Howard. Jay-Z and their daughter, Blue Carter, were seen together in NYC on Thursday, ready to make their way south to Philadelphia. Jay-Z, Beyoncé, and Blue reportedly wrapped up their Summer sharing a $400,000-per-month rental in the Hamptons.