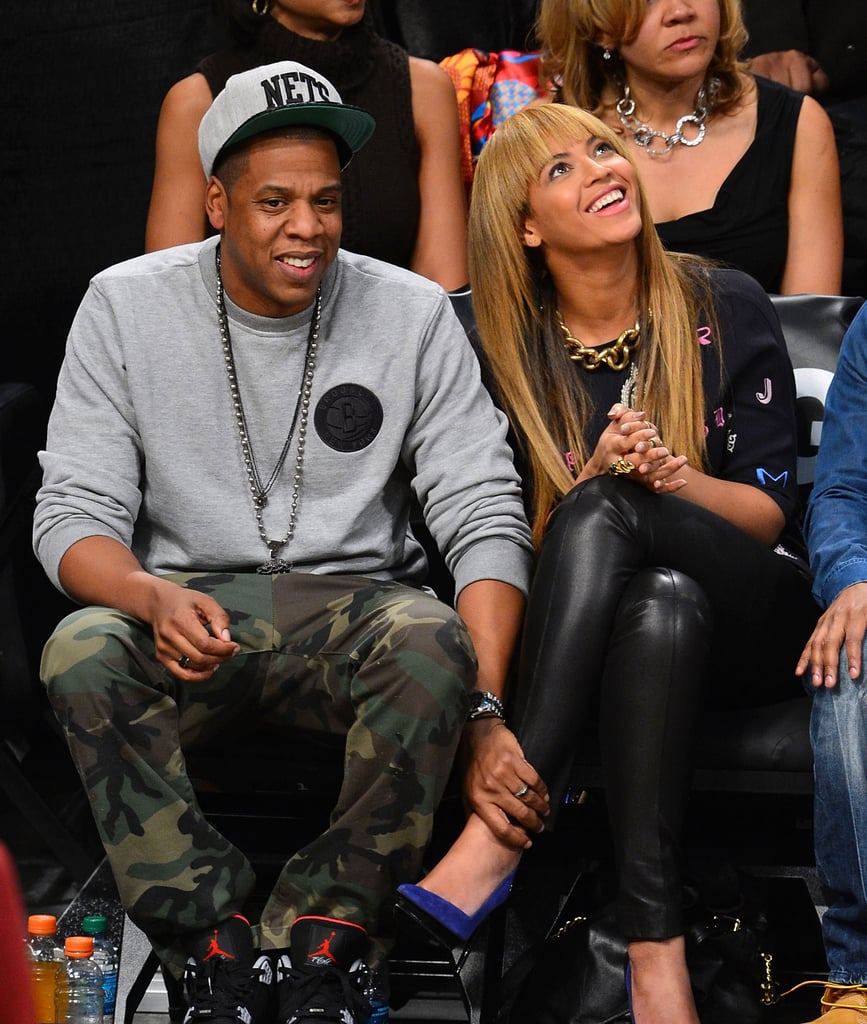 Beyoncé Knowles and Jay-Z were courtside at Brooklyn's Barclays Center last night to cheer on the Nets as they took on their NYC rivals, the Knicks. It was Jay-Z and Beyoncé's second Nets game in a week, as they also watched Friday's game against the LA Clippers. Beyoncé and Jay were among the many well-known faces in attendance at the game, as NYC mayor Michael Bloomberg also observed the matchup along with Richard Gere and Live! With Kelly and Michael's Michael Strahan. It ended up being a very good evening for Beyoncé and Jay-Z, who owns a small portion of the Nets. The Nets actually beat the Knicks 96-89. Jay-Z took a rare step and tweeted about his joy, writing, "The city is under new management."