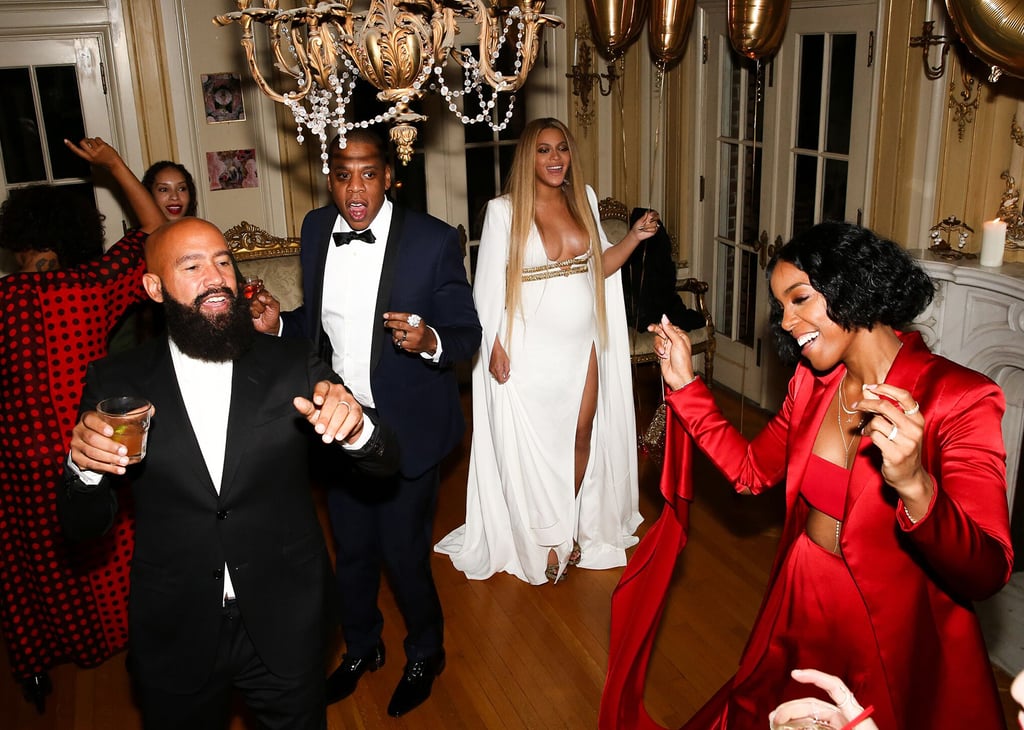 As we're sure you're already aware, Beyoncé did not take home the award for album of the year at the Grammys on Sunday night. Adele won instead, and although the decision came as quite a shock to a lot of Bey's fans (Adele included), it didn't stop her from having an incredible night afterwards. Once she knocked the collective socks off of everyone who watched her gorgeous, goddess-themed performance and kicked it with Laverne Cox, Beyoncé and husband Jay Z headed to an afterparty thrown by Bey's little sister Solange, who took home her own Grammy that night. Once there, the "Love Drought" singer changed into a beautiful white gown that accentuated her baby bump, and they danced the night away with friends.

"There were [a] lot of A-list stars in attendance like Beyoncé, Jay Z, Solange, Kelly Rowland, Tracee Ellis Ross and Janelle Monáe," a source told E! News. "Beyoncé was sitting down in a beautiful white long dress, and Jay Z stood by her side, head bobbing to the music. Solange was very hospitable and chatted with all her guests." Despite the loss, Beyoncé remains the most nominated woman in Grammy history, and she could not look more radiant thanks to her pregnancy glow. In other words: she has plenty of reasons to dance.