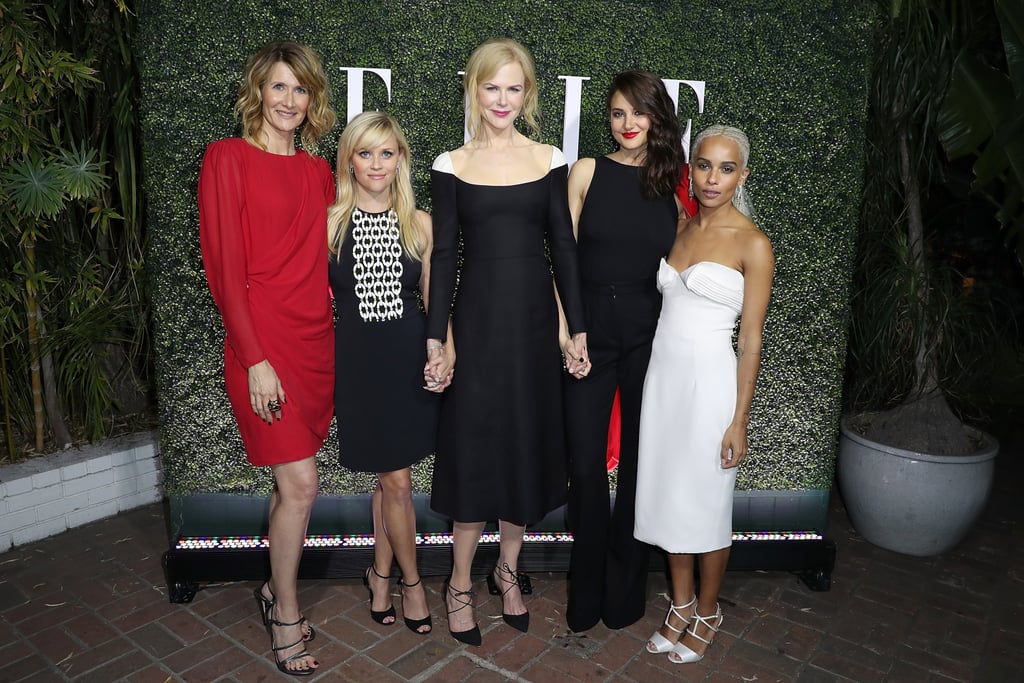 The cast of Sky Atlantic's upcoming Big Little Lies miniseries stepped out in style for Elle's annual Women in Television soirée in LA on Saturday. Reese Witherspoon, Nicole Kidman, Laura Dern, Kathryn Newton, and Shailene Woodley stuck together as photographers snapped their photos, while Zoë Kravitz brought along boyfriend Karl Glusman, who we last saw during their steamy Miami getaway in December. In anticipation of the book-to-TV adaptation, the magazine featured all four stars on four separate gorgeous covers for their February issue. Not only does Zoë open up about why she idolises her mom, but Nicole talks about her sex scenes with Alexander Skarsgard. In the show — which hits UK TV screens in March — Nicole, Shailene, and Reese star as three mothers with children who attend the same school and end up getting tangled in a web of sex, murder, mystery, and lies.

Award Season
Every Eye-Catching Look at the BET Awards Red Carpet, From Lizzo to Chloë
by Mekita Rivas 2 days ago