Orlando Bloom and Miranda Kerr had plenty to celebrate this year. They took their relationship to the next level with a wedding and exciting news about their growing family! 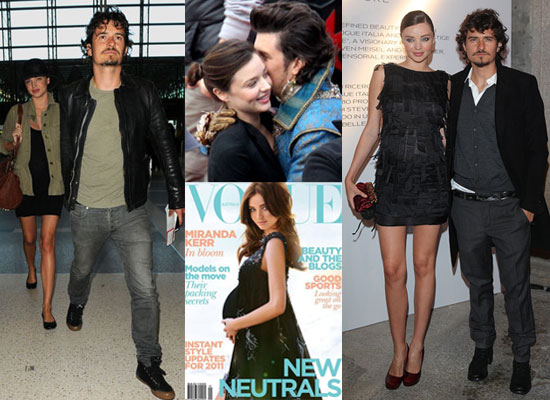 The couple started the year with a holiday in St Barts, and Miranda kept the bikini poses coming at various Victoria's Secret photo shoots. Come March they were denying engagement rumours, but by June they announced their intention to marry. They wed in July and flashed their wedding rings as they returned home from their Caribbean honeymoon.

The pregnancy rumours started within days of their return, and Miranda confirmed she was expecting her first child in August in Spanish Vogue. The couple stayed close over the following months, with Miranda visitng Orlando on the German set of The Three Musketeers. They ended their busy September by taking in Fashion Week in Milan and Paris. Miranda embraced her bump with nude and covered-up magazine shoots, while Orlando won awards.