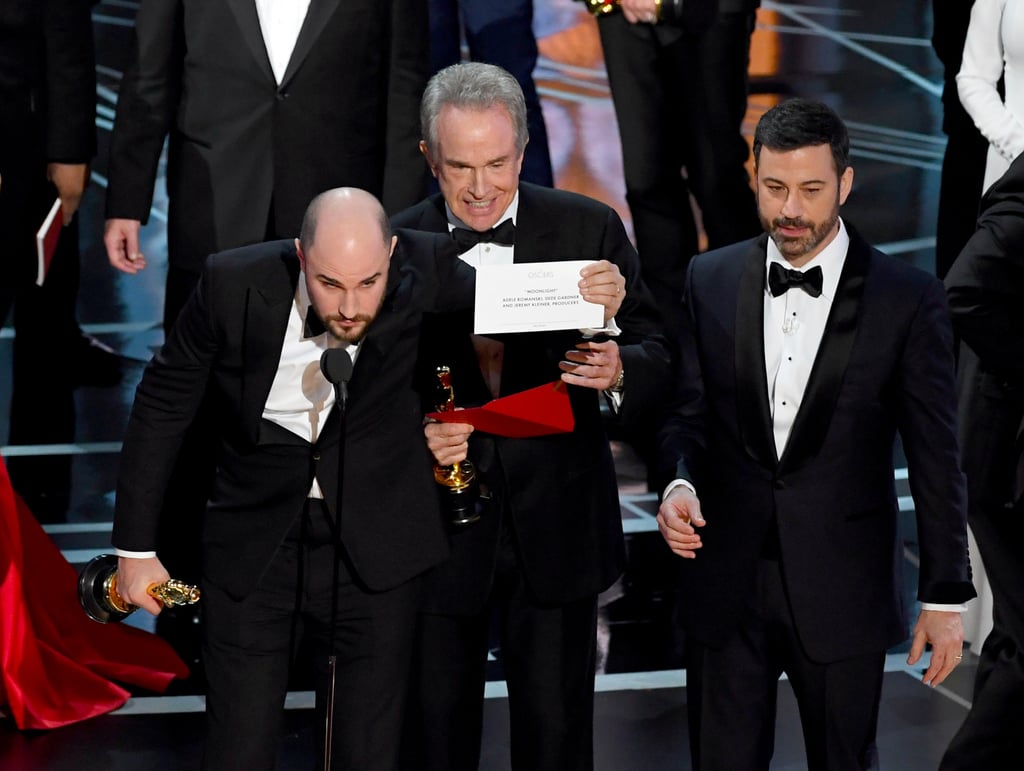 The 9 Most Memorable Oscar Blunders of All Time

The Academy Awards is usually Hollywood's most dignified celebration, but everyone makes mistakes sometimes. This year, the wrong film was awarded best picture — momentarily, at least. La La Land's filmmakers got halfway through their acceptance speech when it was revealed that Moonlight was the real winner. It was an embarrassing moment for literally every person involved, and it's by far the biggest "oops" moment that has ever happened at the Oscars . . . but it's not the only one. Take a look to see the most memorable slip-ups that have ever happened at the big show!