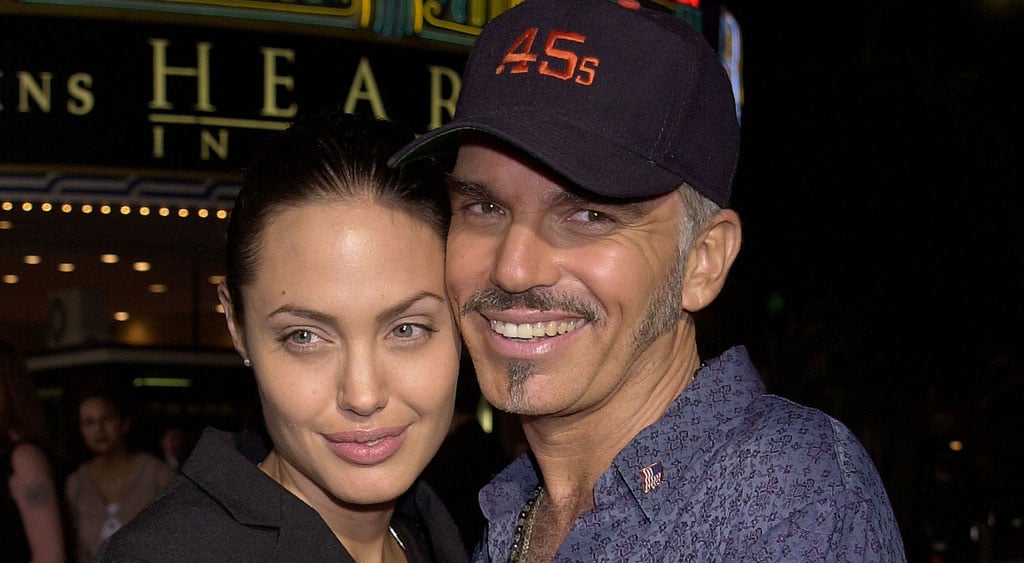 To this day, Billy Bob Thornton and Angelina Jolie's brief early 2000s marriage is one of the more bizarre relationships that came through Hollywood. There were blood vials, graphic red carpet makeouts, and (of course) plenty of limo sex. Although they divorced back in 2003, the Bad Santa 2 actor recently opened up about their tumultuous courtship in the latest issue of GQ a little over a month after the actress and activist announced her split from husband Brad Pitt. "I never felt good enough for her," the 61-year-old actor said, noting that her passion for politics and humanitarianism didn't easily jive with his laid-back way of life. "I'm real uncomfortable around rich and important people."

Despite his unease around Hollywood's elite, Billy Bob added, "I like how I am," and seems to have settled down quite a bit. Angelina's name is still tattooed on his leg and part of his arm (the latter now covered by an angel), but there are also the names of Billy's current wife, Connie Angland, and their adorable 12-year-old daughter, Bella. "See, it's just resting there," he told writer Taffy Brodesser-Akner while pointing to one of the ink tributes to Angelina. "You can still see the name." He also revealed that he still talks to his ex every few months when the two aren't busy with their children and that they remain quite friendly with each other. Thankfully the phlebotomy phase of their friendship is officially in the past.