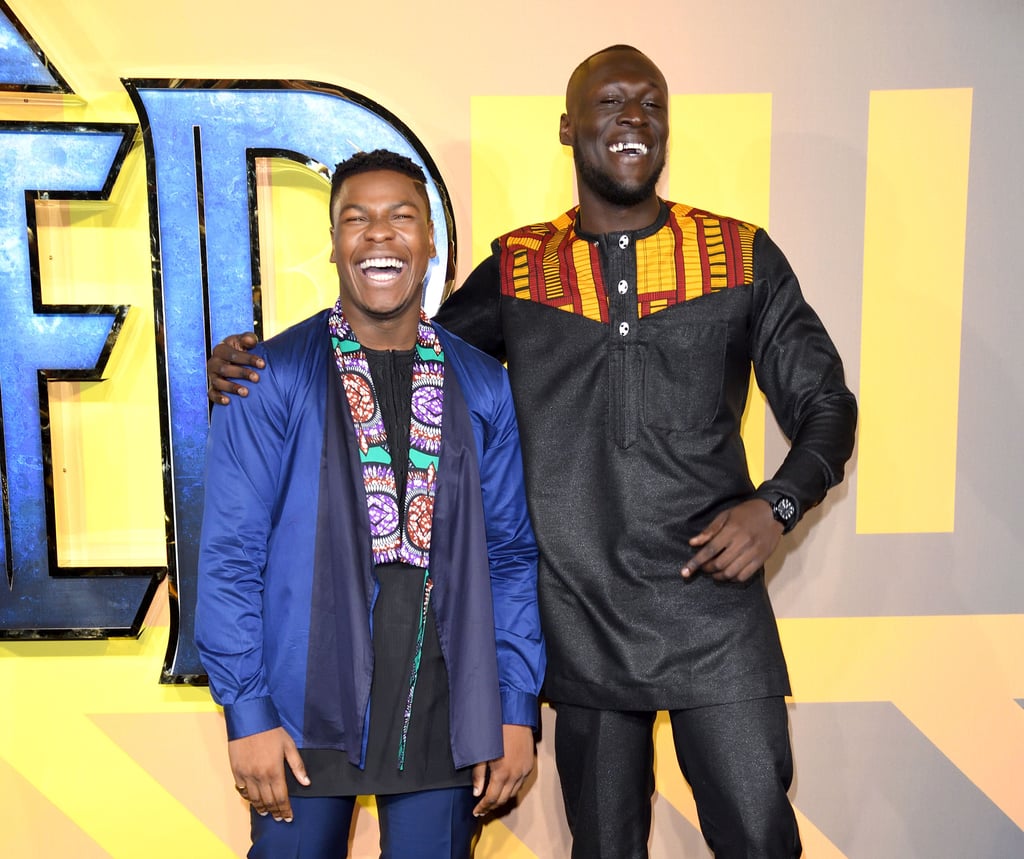 On Thursday, the stars of Black Panther left Wakanda for London as they attended the film's European premiere. As Chadwick Boseman, Lupita Nyong'o, Michael B. Jordan, and Danai Gurira all posed for the cameras, other stars like Professor Green and Leona Lewis showed up in support of the universally praised movie — but no one seems to have had as much fun as Stormzy and John Boyega, who made quite the duo! Keep reading to see photos from the star-studded premiere, then check out that insane trailer one more time before the film comes out in cinemas on Feb. 12.

Previous Next Start Slideshow
Black PantherRed Carpet
Around The Web