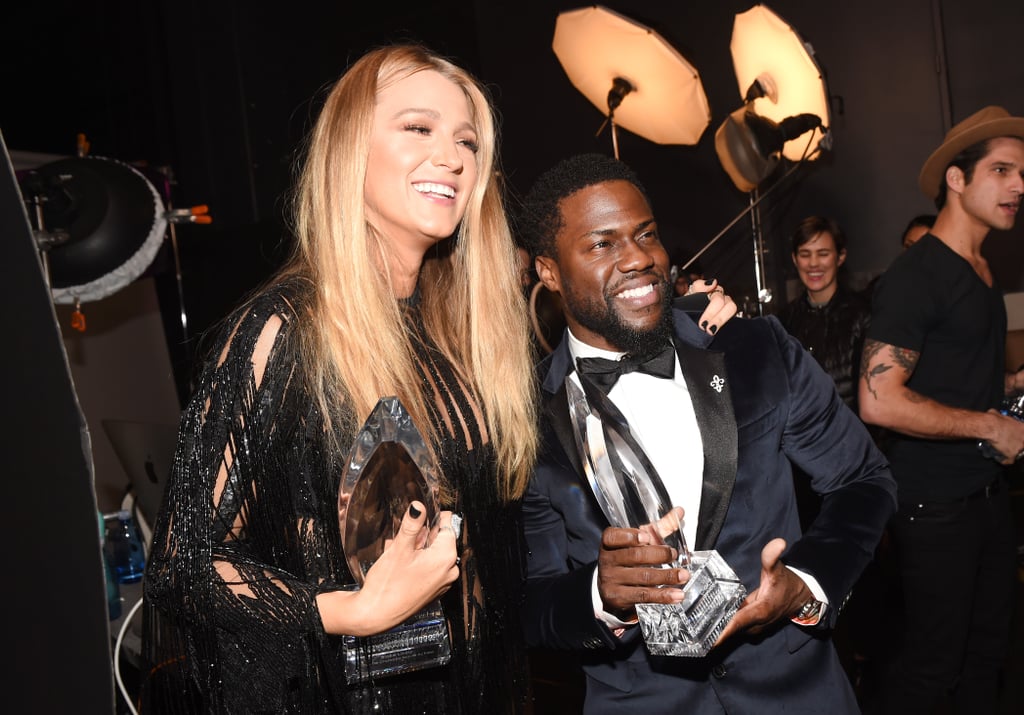 It was a big night for Blake Lively at the People's Choice Awards in LA on Wednesday night. In addition to taking home the trophy for favourite dramatic actress and looking flawless on the red carpet with her older sister Robyn, wearing a sexy black minidress, Blake had the best time mingling with stars at the show. Not only did she and Kevin Hart pose with their awards backstage, but she also chatted with Justin Timberlake, Tom Hanks, and Luke Hemsworth in the audience. Things got even cuter, though, when she linked up with the girls from Fifth Harmony and snapped a fun group photo. Can we all agree that Blake had the best night at the People's Choice Awards?