Blake Lively has stormed into our lives with her character Serena van der Woodsen in Gossip Girl. The blonde sat down with Marie Claire to talk about the show, her pets, her favorite Spice Girl and what makes her happiest in the Happy issue of the magazine. Here's a few extracts from her interview: 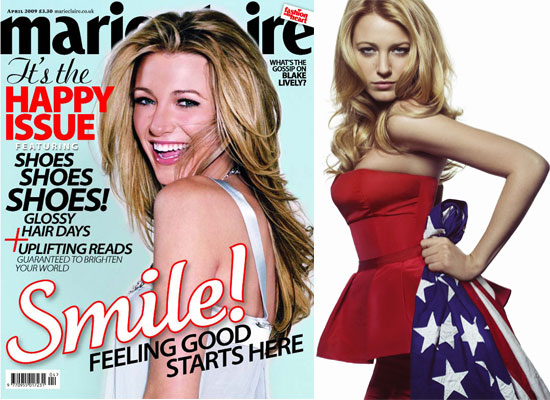 To read the rest of Blake's interview, just pick up the April issue of Marie Claire UK — the Happy Issue!