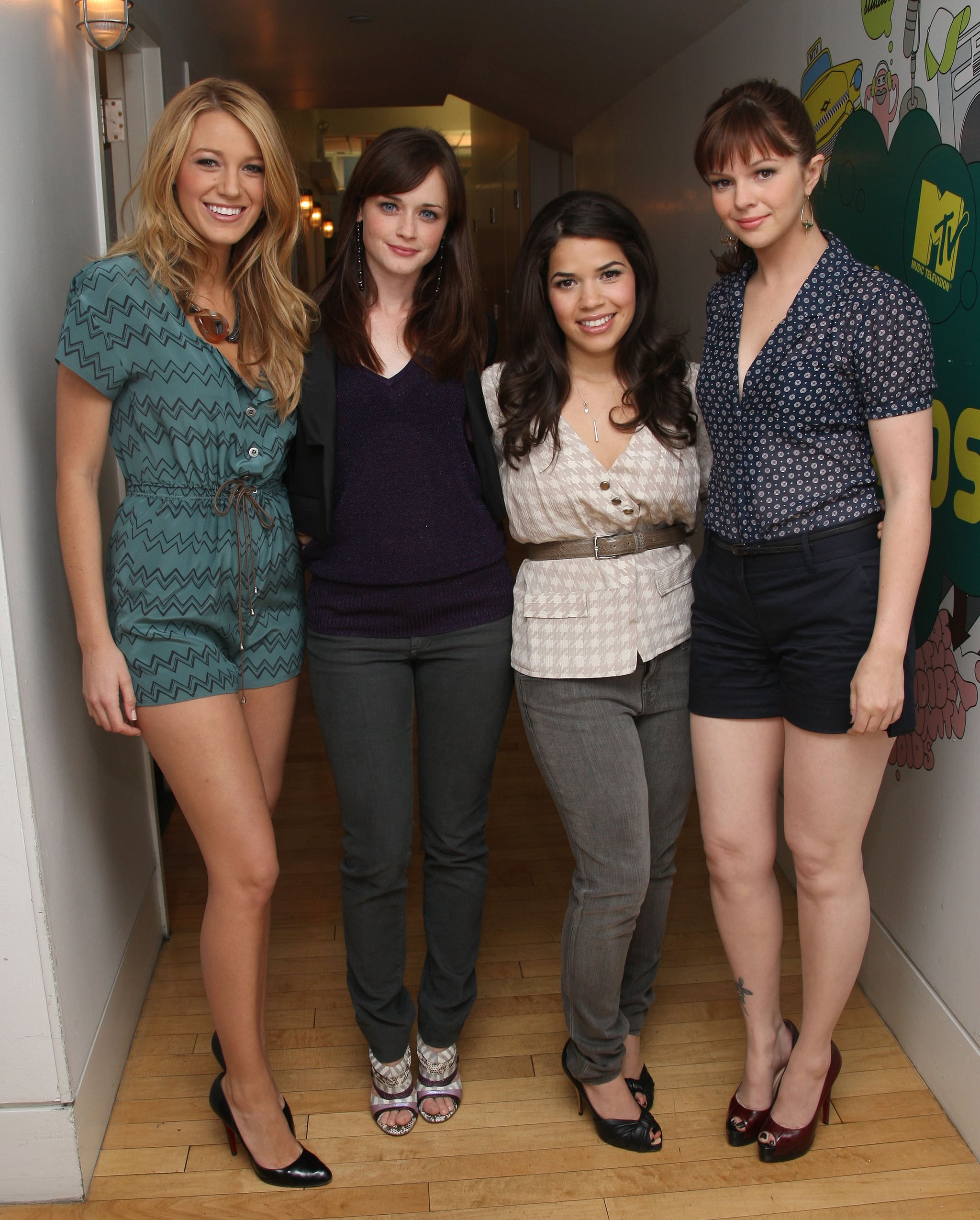 The sisterhood lives on! Four months after giving birth to her daughter, James, Blake Lively gave her not one but three godmothers. The blond beauty, who has been married to Ryan Reynolds since 2012, crowned her Sisterhood of the Traveling Pants costars Amber Tamblyn, America Ferrera, and Alexis Bledel as godmothers to her baby girl. Amber revealed the exciting news during an appearance on VH1's Big Morning Buzz Live on Tuesday. When asked by host Nick Lachey if the rumour was true, Amber replied, "Yes, that is a fact." All three costars have remained friends since meeting on the set of the hit films, and it was reported earlier this year that the third and final instalment, Sisterhood Everlasting, is in the works.