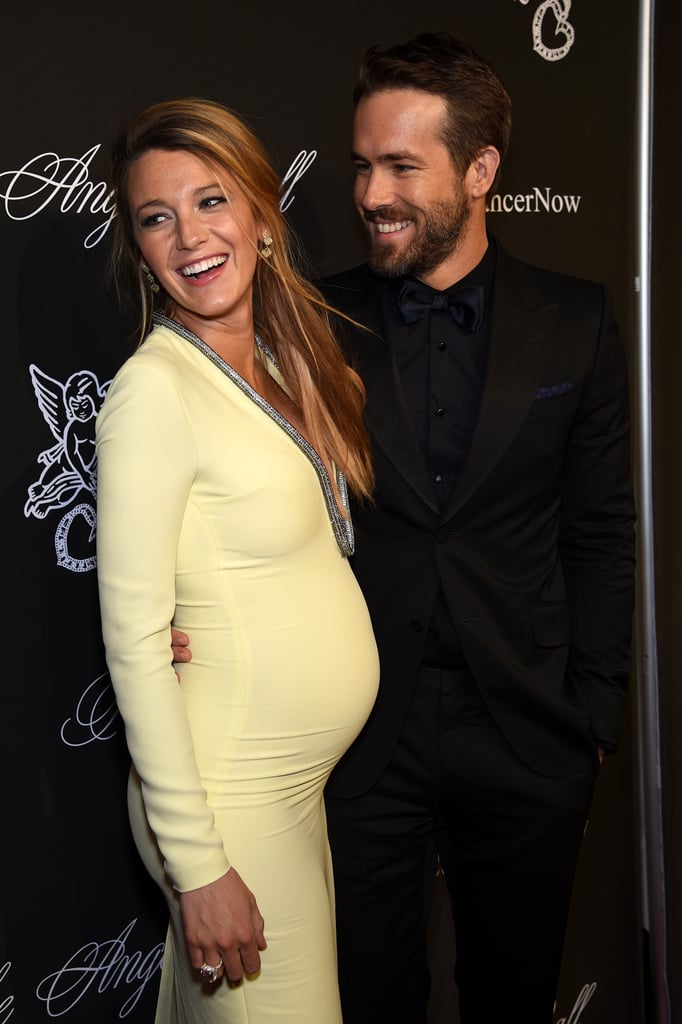 Blake Lively and Ryan Reynolds were the picture of glowing, expecting parents as they made their way into the Angel Ball in NYC on Monday night. Like at her first pregnant red carpet appearance, Blake showed off her bump, but she also showed plenty of PDA with Ryan. The couple posed together and gave each other loving glances in front of the cameras for the first time since their May trip to Cannes. Blake wasn't the only lady with a bump at the annual event, which benefits Gabrielle's Angel Foundation for cancer research, since Alicia Keys was on hand as well. She and her husband, Swizz Beatz, are waiting for the arrival of their second child together. There are even more pregnant stars in Hollywood, since Stanley Tucci and his wife, Felicity Blunt, are also going to be parents next Spring.

The gala also brought out Paris and Nicky Hilton; Kris Jenner, who spent her weekend at a pumpkin patch with Kim and Kourtney Kardashian and their kids; and Bethenny Frankel, who recently announced her plans to return to Real Housewives of New York.