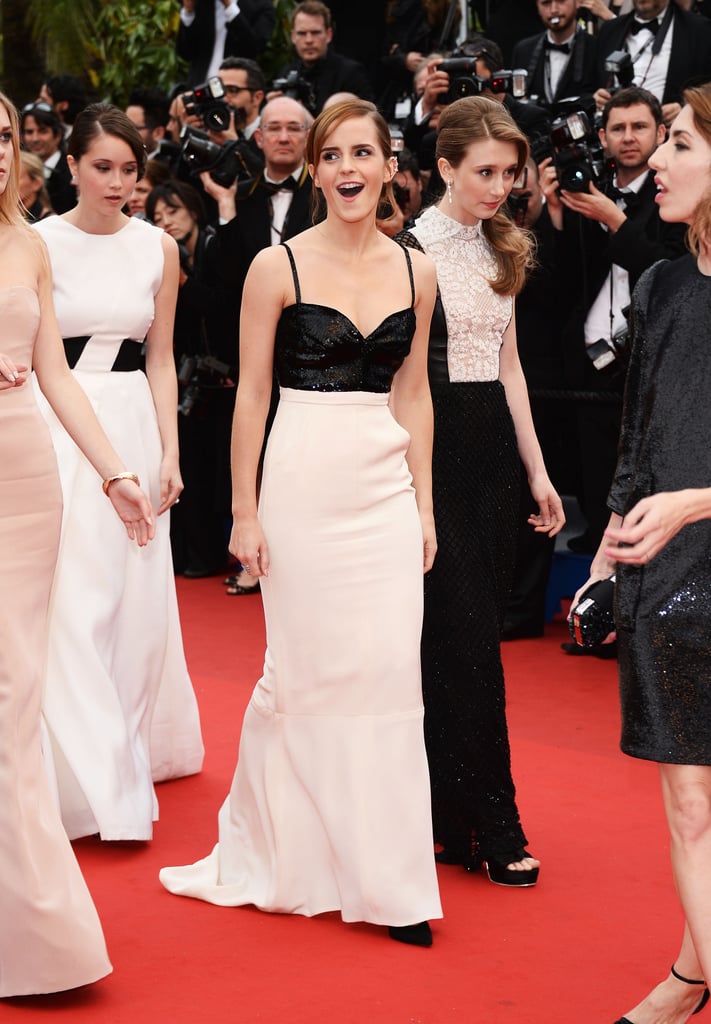 Emma Watson and The Bling Ring cast premiered their film at the Cannes Film Festival in the South of France today. Emma wore a red Christopher Kane ensemble to the photocall for the film earlier in the day, but changed into a Chanel Couture black and white gown for the red carpet bash. She also donned a simple black dress when she attended The Bling Ring press conference. Emma was joined at all of the events by her costars costars Claire Julien, Katie Chang, and Taissa Farmiga and director Sofia Coppola. The film will premiere at the festival today, but won't hit US theaters until June 14. Tonight's event will be an important screening for Sofia, who was famously booed at the festival in 2006 after she premiered Marie Antoinette.

Emma, Sofia, and their crew are hardly the only stars who are promoting their new flicks at the festival. Leonardo DiCaprio and Carey Mulligan kicked off the weeklong event yesterday when they screened The Great Gatsby at the Cannes Film Festival 2013 opening ceremony. Other stars like Julianne Moore and judge Nicole Kidman also walked the red carpet at the opening bash — be sure to check out all the stars at the Cannes Film Festival!