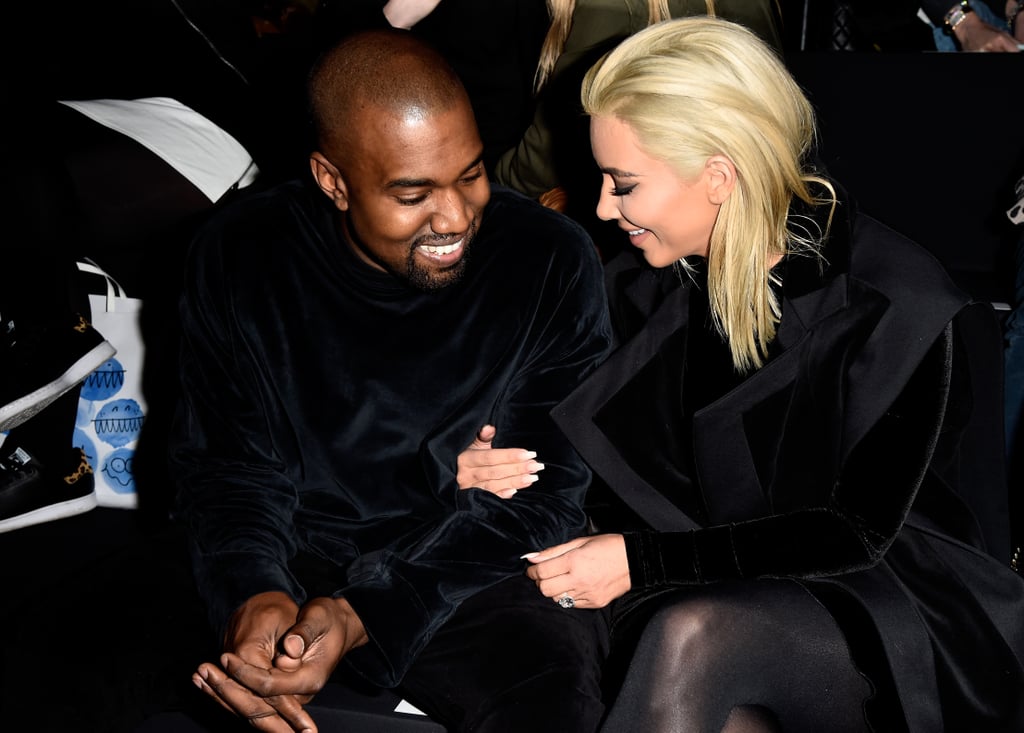 On Thursday, Kim Kardashian caused a frenzy after she debuted her newly coloured hair to the public — head over to POPSUGAR Beauty to vote on her platinum blonde look and then check out at all the funny things Kim's hair looks like. The reality-TV star, who is in Paris for Fashion Week, tried to cover her hair with a knit beanie but later revealed the dramatic makeover with Kanye West by her side. The two stepped out in coordinating black outfits, and Kim smiled for the cameras before getting into their car. They kept the cuteness coming inside the Balmain show, where they giggled in the front row next to Kim's mum, Kris Jenner. The fashion fun continued at the Lanvin show later in the day, when Kim changed into a mesh dress. They aren't the only celebrities at Paris Fashion Week though, since Solange Knowles, Olivia Palermo, and others have popped up as well.

Scroll through to see Kim's Paris outing, then find out how she always takes the perfect selfies.