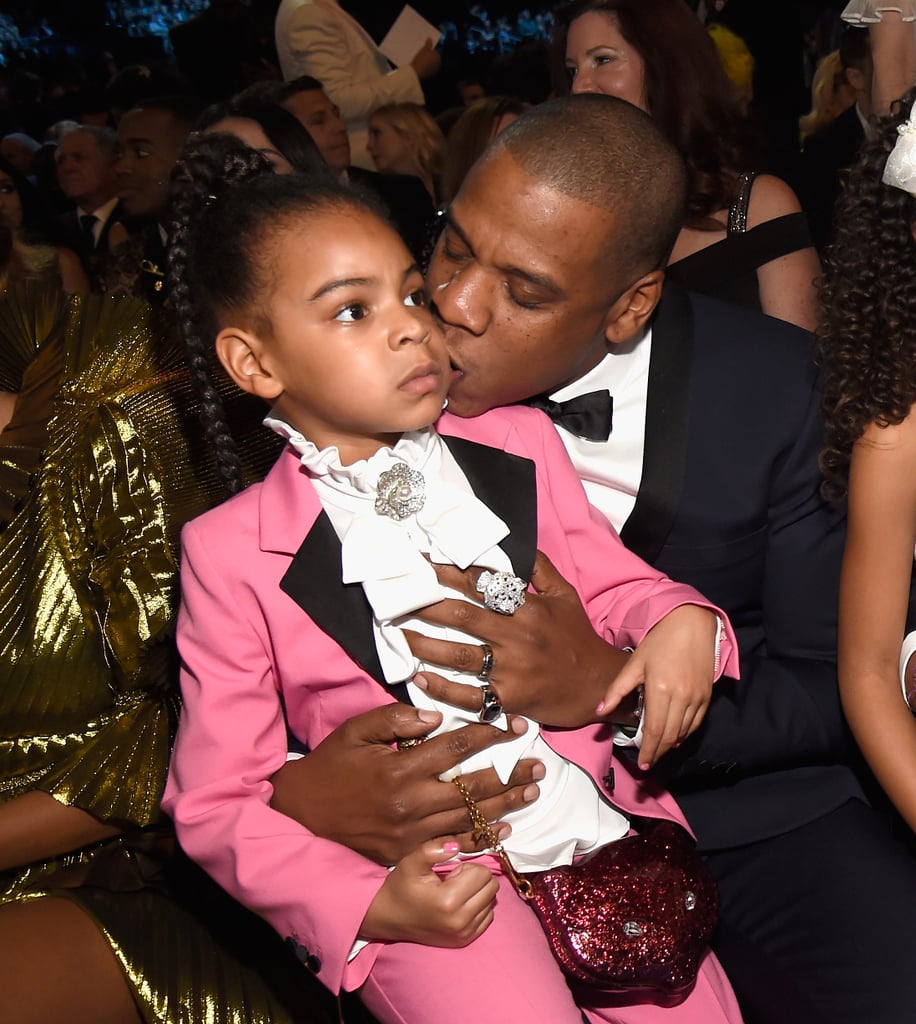 We thought we were ready for Blue Ivy's appearance at the Grammys, but we were wrong. Beyoncé and Jay Z's adorable 5-year-old daughter (who's soon to be a big sister!) attended the show dressed as a miniature version of late singer and fashion icon Prince, and the level of cuteness sent us into brief cardiac arrest. Blue sat on her dad's lap in the audience, just like she did at the 2014 VMAs. Although her pint-size suit wasn't Prince's signature purple colour, the white ruffled shirt and pendant were a perfect way to honour him. Not exactly a surprise after seeing how she slayed her Michael Jackson costume a few years ago!

Related:
Blue Ivy Wanted Absolutely Nothing to Do With the VMAs, and the Internet Was Here For It
Previous Next Start Slideshow
Award SeasonCelebrity BabiesBlue CarterGrammy AwardsJay ZPrinceBeyoncé Knowles

Award Season
Every Eye-Catching Look at the BET Awards Red Carpet, From Lizzo to Chloë
by Mekita Rivas 5 days ago