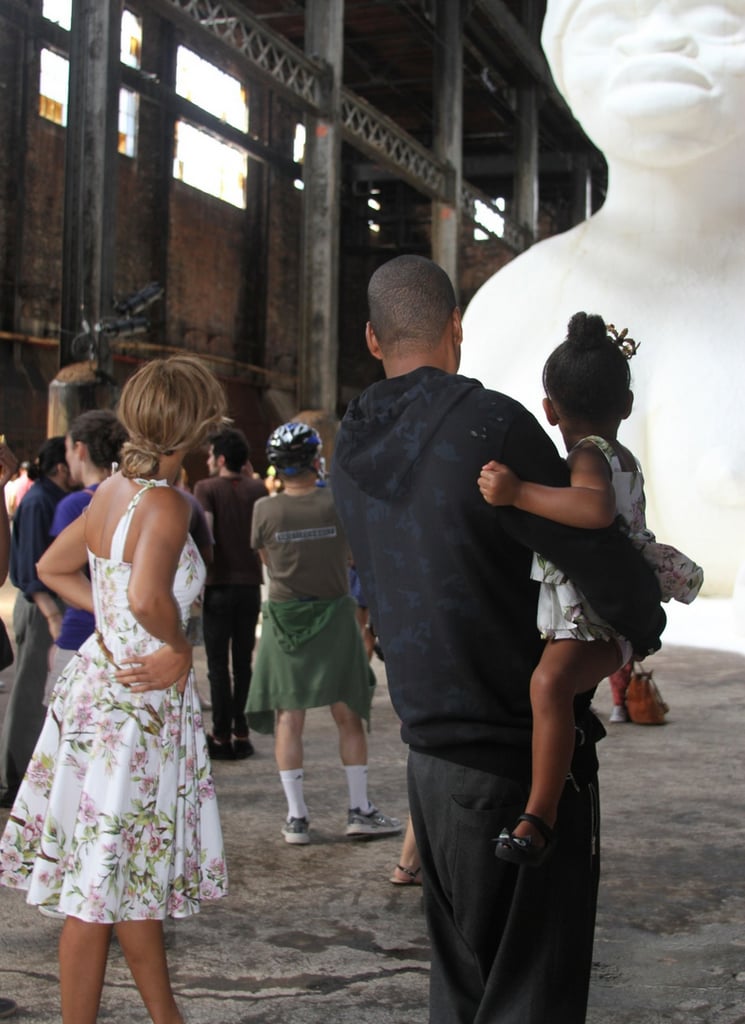 Beyoncé and Jay Z made their art stop during a brief break from their On the Run tour, which kicked off last week. The couple's concerts are already getting a lot of attention after Bey changed the lyrics to her 2006 song "Resentment," which fans took as a clue that Jay had previously cheated on her. However, Beyoncé had been changing the lyrics to the song for some time now, and both of the entertainers have been known to drop hints about alleged infidelity in their songs.