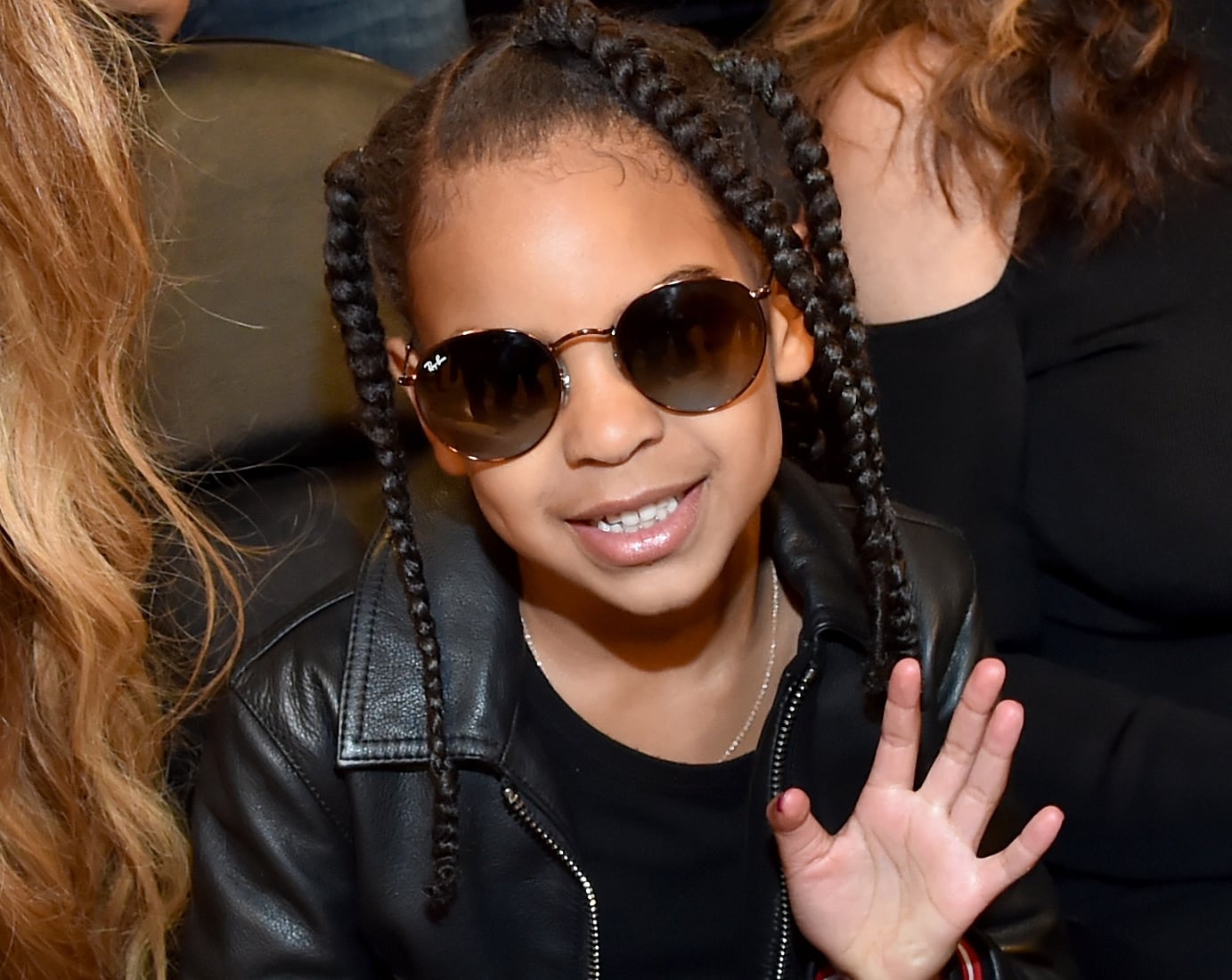 Blue Ivy Carter accompanied her parents, Beyoncé and JAY-Z, to the Wearable Art Gala in LA on Saturday night, and she was ready to do business. During the event, a Twitter user captured an excited Blue bidding on a $17,000 acrylic painting of Sidney Poitier. JAY-Z, who was sitting next to the 6-year-old, jokingly tried to take the paddle away from Blue to prevent her from making a higher bid. Sadly, that didn't work, and Blue made an even higher bid at $19,000.

Lool... Blue Ivy is about to buy all the Artworks at the auction. She must have been listening to JayZ's tracks about Basquiat and investing in Art. pic.twitter.com/Nd0pFrA16z

According to Vanity Fair, Blue ended up losing out to Tyler Perry, who took home the portrait for a whopping $20,000. However, Blue did win the next bid, an art piece by Samuel Levi Jones, for $10,000, while Beyoncé made a winning bid at $17,000 on a pair of Lorraine Schwartz panther earrings that she previously wore to an event. Just a typical day for the Carter family, no big deal.

The Harder They Fall
Aww! JAY-Z Had the Purest Reaction When He Spotted Kelly Rowland at His Movie Screening
by Monica Sisavat 6 days ago