Get your tissues ready, because The Book Thief trailer is bringing you a heart-wrenching family drama set in Nazi Germany, and I'm already getting pretty misty. Geoffrey Rush and Emily Watson play Hans and Rosa Hubermann, a married couple who take in 9-year-old girl Liesel (Sophie Nélisse) in World War II-era Germany. Liesel and Hans bond as he teaches the girl how to read and write, but the family has a bigger problem than Liesel's burgeoning literacy when they take in a Jewish refugee under the threat of Nazi searches. 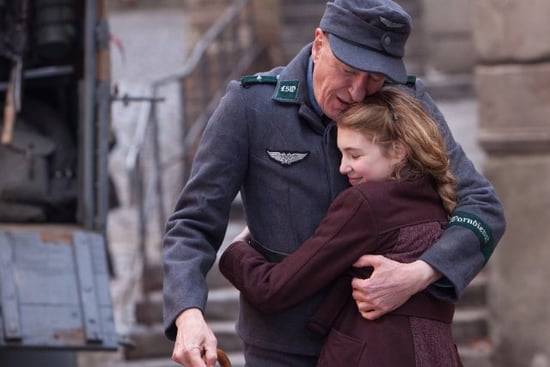 It's hard not to get emotional while watching anything that examines a family during such a historically dark time, and my heart was beating just watching the Nazis hunt in the Hubermann's home. Plus, Rush and Watson are such intensely good actors that I'm already sure this will at least have fantastic performances. The Book Thief comes out Nov. 15 (right in time to see it with the family during Thanksgiving weekend), and you can watch the trailer after the jump.

Image Source: 20th Century Fox
Prepare to Be Moved by Geoffrey Rush in The Book Thief Trailer  originally posted on POPSUGAR Entertainment News
Around The Web