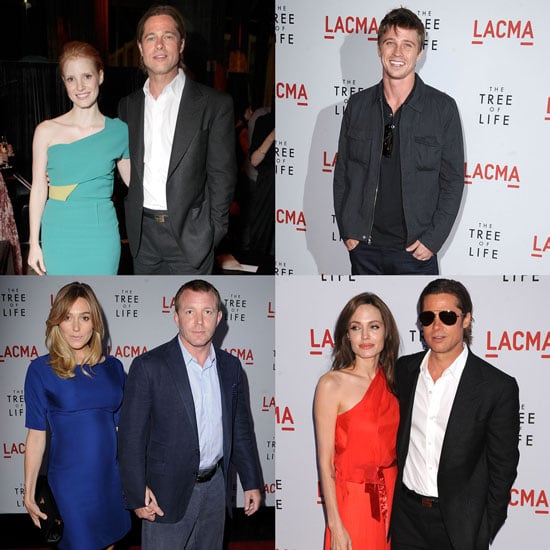 Brad and Angelina Share His Tree of Life Night With Jessica, Garrett, and More

Brad Pitt and Angelina Jolie made a hot pair on the red carpetat last night's premiere of Tree of Life at the LACMA. She was stunning in a red, one-shouldered gown from Jenny Packham while Brad sported a suit from one of his favorites, Tom Ford. He posed at the afterparty with their costar Jessica Chastain, who managed to conceal the leg injury she sustained two days ago at a motocross rally. Guy Ritchie also turned out to toast the movie that won the Palm d'Or prize at Cannes with his pregnant girlfriend Jacqui Ainsley and Tron star Garrett Hedlund. Brad Pitt even shaved for the occasion, which brought out producer Ecky Malick but not her husband, director Terrence Malick.