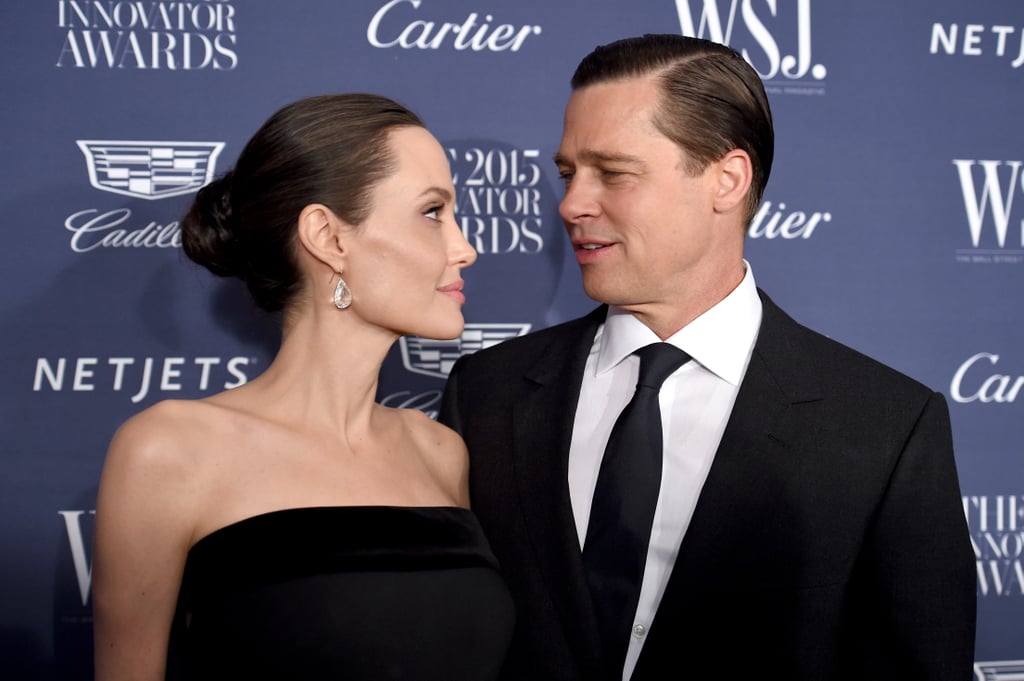 When it comes to Hollywood couples, Brad Pitt and Angelina Jolie's romance is one of the sweetest. The two first met on the set of their movie Mr. and Mrs. Smith and eventually took their onscreen romance public when they began dating in 2005. In 2012, the couple got engaged when Brad popped the question with a custom-designed ring, and two years later, they tied the knot in a sweet ceremony in France. Since then, the pair have shared many adorable moments together from their red carpet appearances to their precious family photos with their six kids. While they are usually pretty private about their personal lives, that hasn't stopped them from gushing about each other from time to time during interviews. See some of their best quotes about each other here.