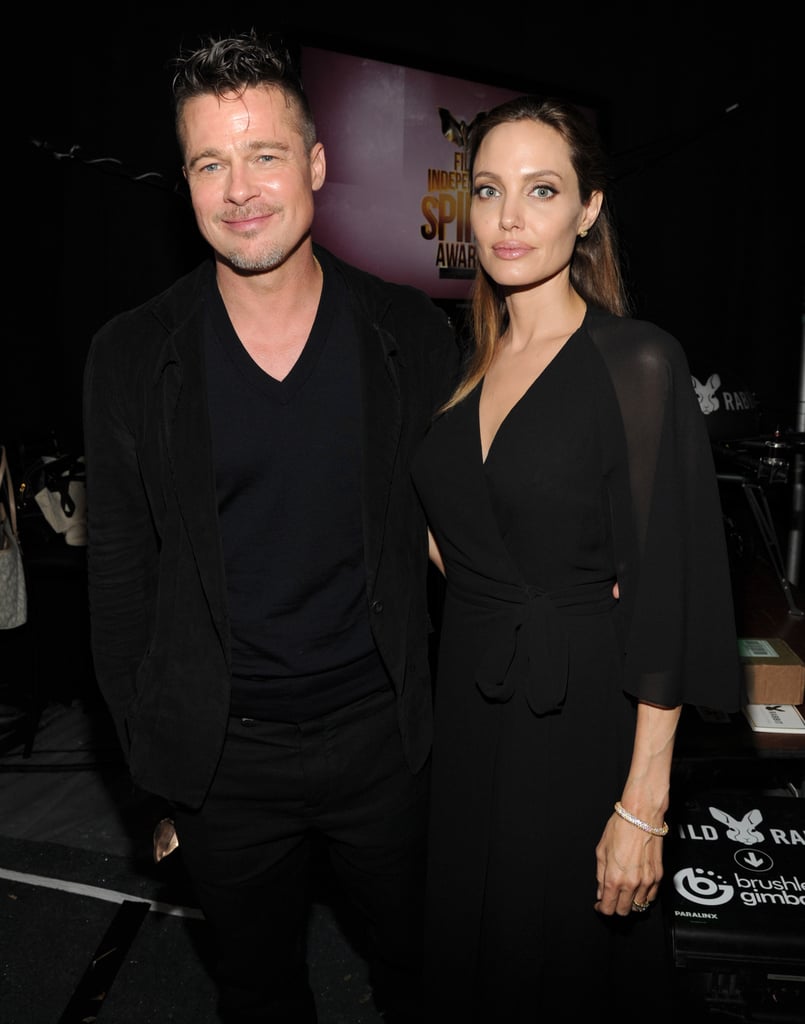 Brad Pitt and Angelina Jolie made an appearance at Saturday's Spirit Awards, where Brad's film 12 Years a Slave won for best feature. The movie also won best screenplay, and Lupita Nyong'o won best supporting female for her role in the film. Brad and Angelina's award-show stop comes just days after Angelina visited refugees in Lebanon on behalf of the United Nations High Commissioner For Refugees. The actress made the trip to meet with refugees who had been displaced due to the Syrian civil war on Monday, then returned to LA where she's supporting Brad at the Spirit Awards. See all the pictures from the couple's award-show date!