Brad Pitt Pops Up to Promote His Latest Passion Project

Brad Pitt made a special appearance at an afterparty for the screening of Big Men in LA on Wednesday. The documentary was primarily filmed in West Africa and follows a small group of American explorers at a Texas-based oil company as they discover and develop the first-ever oil field in Ghana. As an executive producer of the film, Brad showed up to support director and producer Rachel Boynton during the event and looked as handsome as ever with an upswept haircut and a bit of facial scruff. His fiancée, Angelina Jolie, was also busy promoting a project close to her heart this week. She took the stage at CinemaCon in Las Vegas to speak on behalf of her film, Unbroken, during the Universal Studios presentation.

The last time we saw Brad and Angelina together was earlier this month as they hit the red carpet, ate pizza, and posed for a now-infamous selfie at the Oscars. That night, Brad also took home his first-ever Academy Award for 12 Years a Slave, which won best picture. Angelina has also been making headlines as more photos and sneak peeks of her villainous turn in Disney's Maleficent hit the Internet. 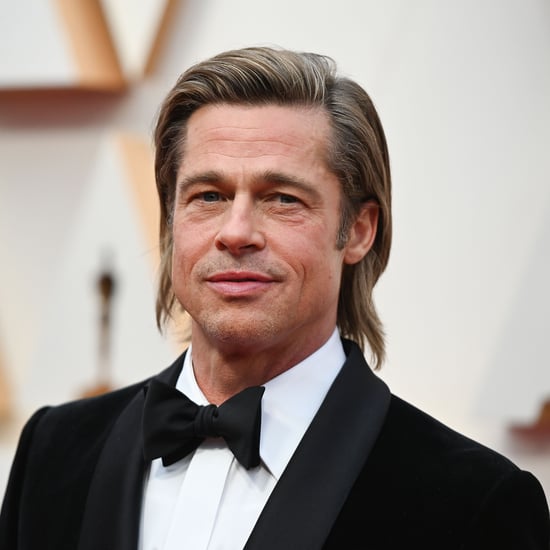