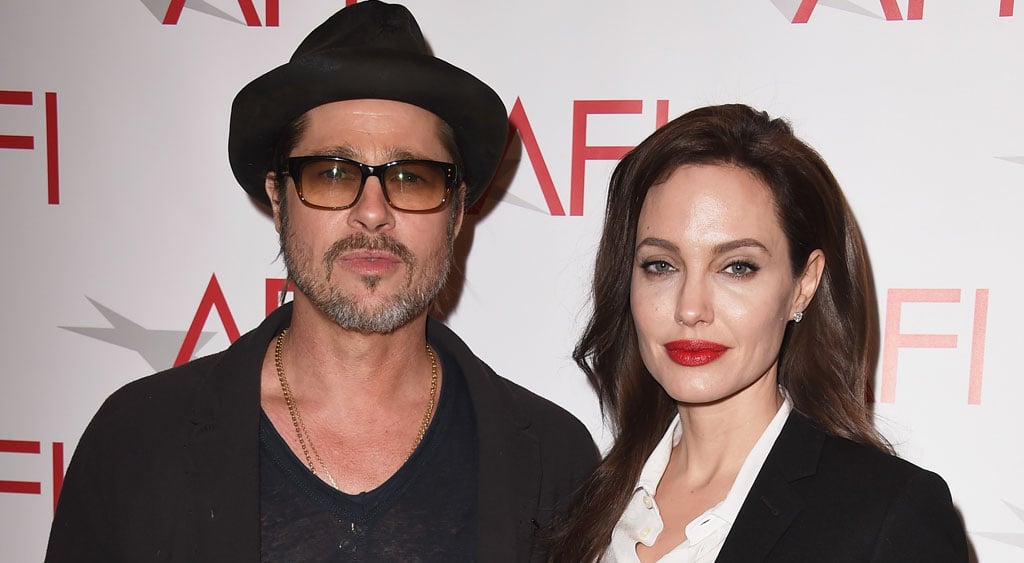 Since news broke that Angelina Jolie had shockingly filed for divorce from Brad Pitt, more than a few troubling pieces of information have bubbled up. So far, each party has made statements about the divorce, and on Thursday morning, People magazine confirmed that Brad is currently under investigation for child abuse by the Los Angeles Police Department and LA County Department of Children and Family Services. The alleged investigation was due to someone anonymously reporting that he got "verbally abusive" and "physical" with one of his six children — Maddox, Pax, Shiloh, Zahara, and twins Vivienne and Knox — during an incident aboard the family's private plane, but the LAPD has since denied the claim in an interview with The Hollywood Reporter. "We have no criminal investigation that we are actively pursuing," Sgt. Barry Montgomery said on Thursday morning. "To my knowledge, [Pitt talking to police] never happened. And right now, that is where our office is. We are not investigating any case, nor do we have any allegations against Mr. Pitt. We understand how rumours get spun up and hopefully we can put a few of them to rest. We have no investigation involving Mr. Pitt."

TMZ first reported the news, which supposedly occurred on Sept. 14, where the rest of the kids, as well as Angelina, were also present. The report additionally suggested that the By the Sea actor had been drinking at the time of the incident, but the source told People that he's not taking any of this lightly. "He takes the matter very seriously and says he did not commit any abuse of his children," they said. "It's unfortunate that people involved are continuing to present him in the worst possible light." Angelina's initial statement about their breakup was made through her attorney, Robert Offer, and said it was "for the health of the family." She has cited irreconcilable differences and is requesting sole physical custody of their children and asked the judge only to grant Brad visitation rights.

Update: People has clarified that the DCFS is still investigating Brad for child abuse, but the LAPD has not been involved. TMZ has also further reported that the child abuse allegations have been transferred to the FBI. After the initial report of Brad's alleged abuse was given to the DCFS, the department "followed protocol and notified the LAPD. Law enforcement sources say the LAPD's Abused Child Unit (ACU) got the report, but determined that the Department did not have jurisdiction because the alleged incident occurred in the air, on a flight from France to the U.S." The LAPD has presumably "closed its file and referred the matter to the FBI," explaining the earlier mix-up.

The Weeknd
Um, Did The Weeknd Just Confirm Those Angelina Jolie Dating Rumours?
by Monica Sisavat 1 week ago