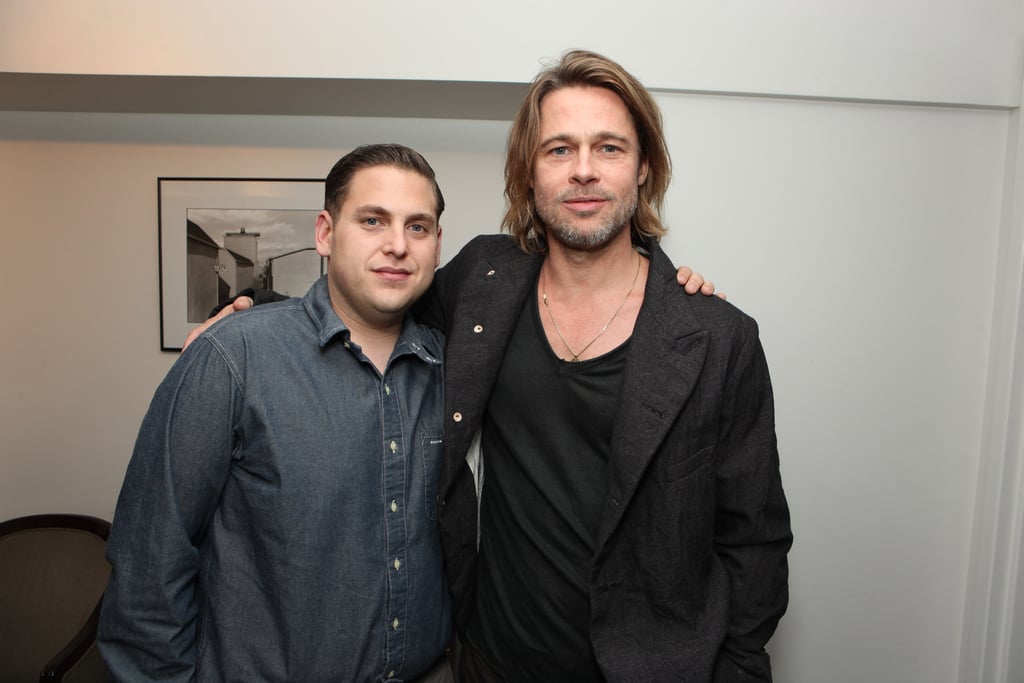 Brad Pitt joined his Moneyball costar Jonah Hill in LA last night for a special screening of their film. It was a rare domestic viewing for Brad, who in recent weeks has taken the movie around the world, from the Tokyo International Film Festival to a short South Korean tour. Brad and Angelina are currently on the West Coast with their six kids, and he took the oldest four out for a special Thanksgiving weekend theater trip to see Hugo.

Angelina, meanwhile, is prepping for the release of In the Land of Blood and Honey. As part of her press efforts, she appeared on 60 Minutes last night and revealed a unique career ambition. Angelina once wanted to direct funerals, and is surprised that her career's taken the path of making movies instead. She said, "It sounds like this very strange, eccentric, dark thing to do, but in fact, I lost my grandfather and was very upset with his funeral . . . How somebody passes and how family deals with this passing and what death is should be addressed in a different way. If this whole acting thing didn't work out, that was going to be my path."

Andra Day
As Much as We Wish It Were True, Andra Day and Brad Pitt Are Not Dating
by Monica Sisavat 28/6/21