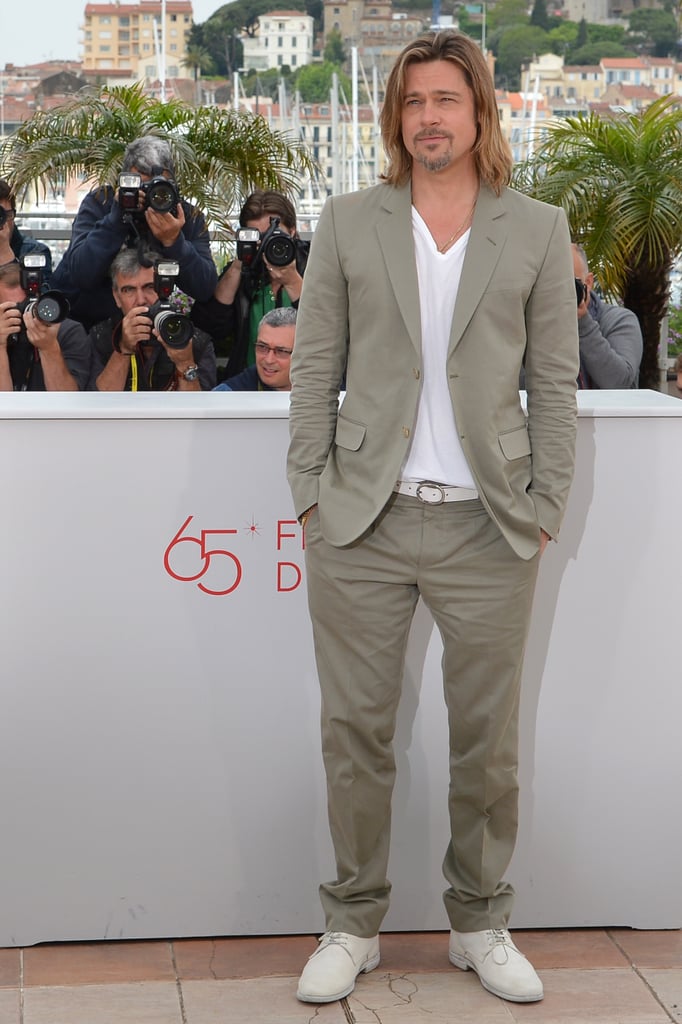 Brad Pitt stepped out with a smile this morning to promote Killing Them Softly at the Cannes Film Festival. He joined his costars for the photocall and will hopefully have Angelina Jolie on his arm later today for the world premiere. The movie, which we screened already, showcases a humorous and violent side of Brad, which is just the kind of work that has gotten him some of his highest praises, like Inglourious Basterds and Fight Club. Brad was looking every bit the movie star in his gold sunglasses as he arrived during a brief break in the rain. The weather at the festival has been less than ideal so far, but hopefully it will stay clear tonight for his big red-carpet moment. Stay tuned for all of our Cannes Film Festival updates by following PopSugar on Twitter and checking out all the celebrity Cannes pictures in one place!