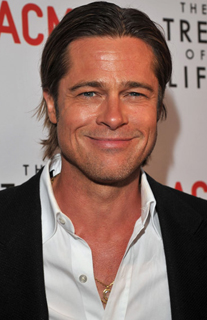 It's time for Brad Pitt to go gray. Pitt is in talks to star in The Gray Man, an adaptation of Mark Greaney's book. He's playing Court Gentry, a shadowy assassin and former CIA operative. When he finds out that he's been targeted to be killed himself, he has to evade his would-be pursuers.

The movie sounds like it will be an action flick in the vein of the Bourne movies, and I'm excited — I love Pitt in action star mode. Anything that brings back memories of the shades-wearing, gun-toting movie star of Mr. and Mrs. Smith is fine by me.