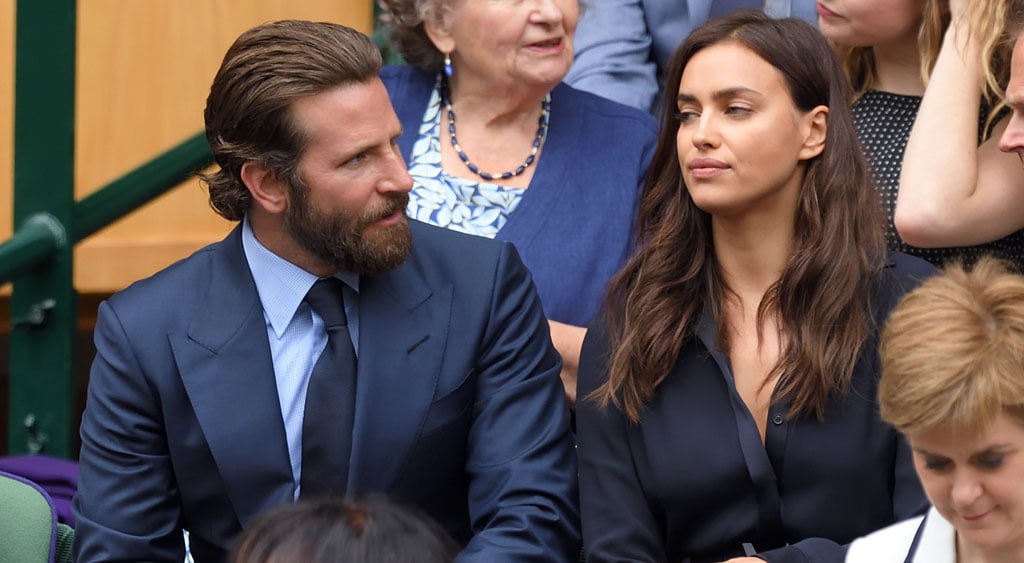 Bradley Cooper and his girlfriend, model Irina Shayk, made a cute appearance at Wimbledon last week, cuddling and giggling in the stands. But things weren't exactly lovey-dovey when the couple, who have been dating since May 2015, stepped out at the tennis championships again on Sunday. Bradley, who first attended Wimbledon back in 2014 with then-girlfriend Suki Waterhouse, was spotted in what appeared to be a bit of a fight with Irina while watching Andy Murray's match. As the actor faced Irina to talk to her, she wiped her eyes and didn't seem to acknowledge him. So what could they have been fighting about? Suki was also at Wimbledon on Sunday, and Bradley and Irina reportedly ran into her.

The awkward moment is a far cry from the couple's usually over-the-top PDA. In addition to kissing on a beach in Italy, they've held hands in NYC, made their red carpet debut as a couple in Paris, and locked lips in London. Watch the moment below, then check out Bradley's hottest pictures.

I think Bradley Cooper is in a fight. pic.twitter.com/yKSSXs10mC