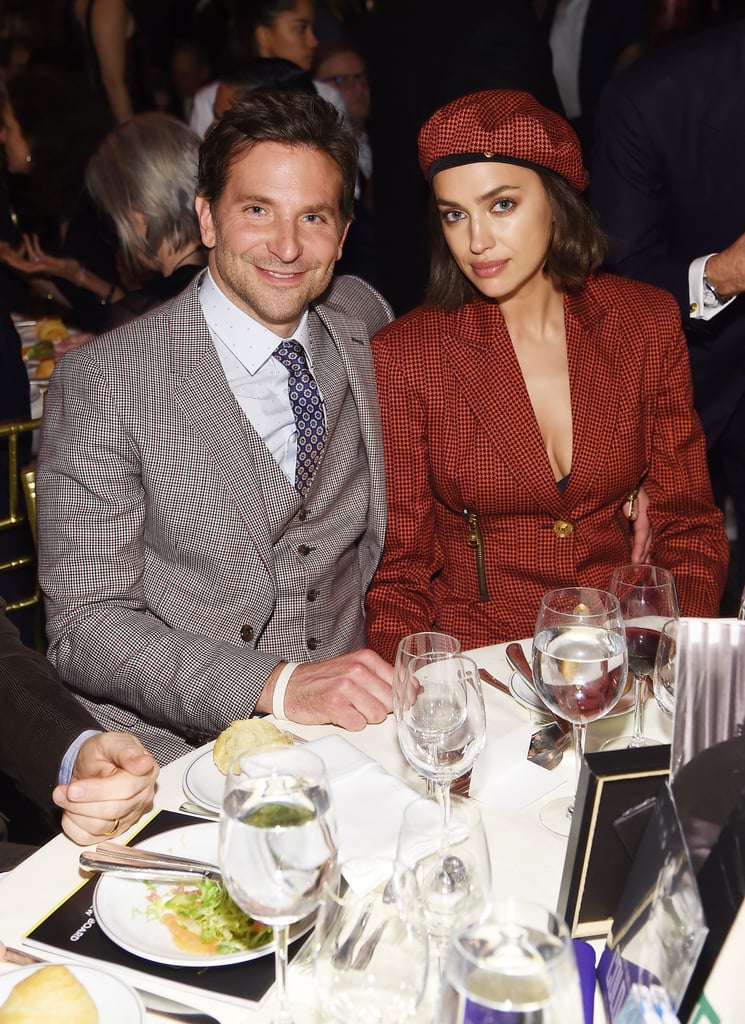 Bradley Cooper might be enjoying all the award season buzz for his latest film, A Star Is Born, but judging from the Critics' Choice nominee's latest outing, he should consider starring in a remake of Bonnie and Clyde opposite his real-life partner, Irina Shayk.

The parents to 1-year-old daughter Lea, who have been dating since 2015, followed up their downright stunning appearance at the Golden Globes on Sunday with a chic outing at the 2019 National Board of Review awards gala in New York City in coordinating patterned ensembles. The 44-year-old actor was being honoured as the Best Director of the Year at the event, and received his trophy from icon Steven Spielberg. The NBR gala was also attended by Bradley's A Star Is Born costars Lady Gaga, who was honoured with the Best Actress award, and Sam Elliott, who took home the Best Supporting Actor trophy.

"Bradley, I would not be standing up here without you," Gaga told her costar and director during her speech. "Thank you so much for entrusting me to be the first leading actress in your directorial debut."

Check out all the photos from Bradley and Irina's stylish night out together, ahead.