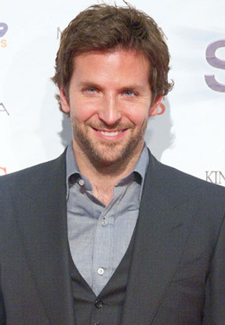 Get ready to see that devilish grin put to good use: Bradley Cooper is in talks to star in Paradise Lost, John Milton's 17th century poem about the fall of man. Here comes the juicy part — Cooper would play Lucifer, who is first banished from Heaven and later tempts Adam and Eve in the Garden of Eden.

Afraid that the English class staple will be boring as a film? Don't worry: it's being imagined as a big-budget action flick and might even be shot in 3D. I might be concerned about the notion of Milton in 3D . . . if I weren't so excited by the thought of Bradley Cooper in 3D.