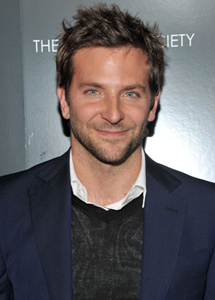 This is an excellent way to recover from a hangover. Bradley Cooper is confirmed to star in The Place Beyond the Pines, a film from Blue Valentine director Derek Cianfrance. Cooper will costar with Ryan Gosling, who signed on in February. The movie follows a motorcycle stunt rider (Gosling), who discovers he has a baby son, and turns to robbing banks to support his child. Cooper will play the cop who's constantly in pursuit of Gosling's character, kicking off a long-standing feud.

The film is described as a "multigenerational crime drama," and it marks the first time that Gosling and Cooper will appear together on screen. Cooper and Gosling as epic nemeses? It's a match made in Hollywood costar heaven.