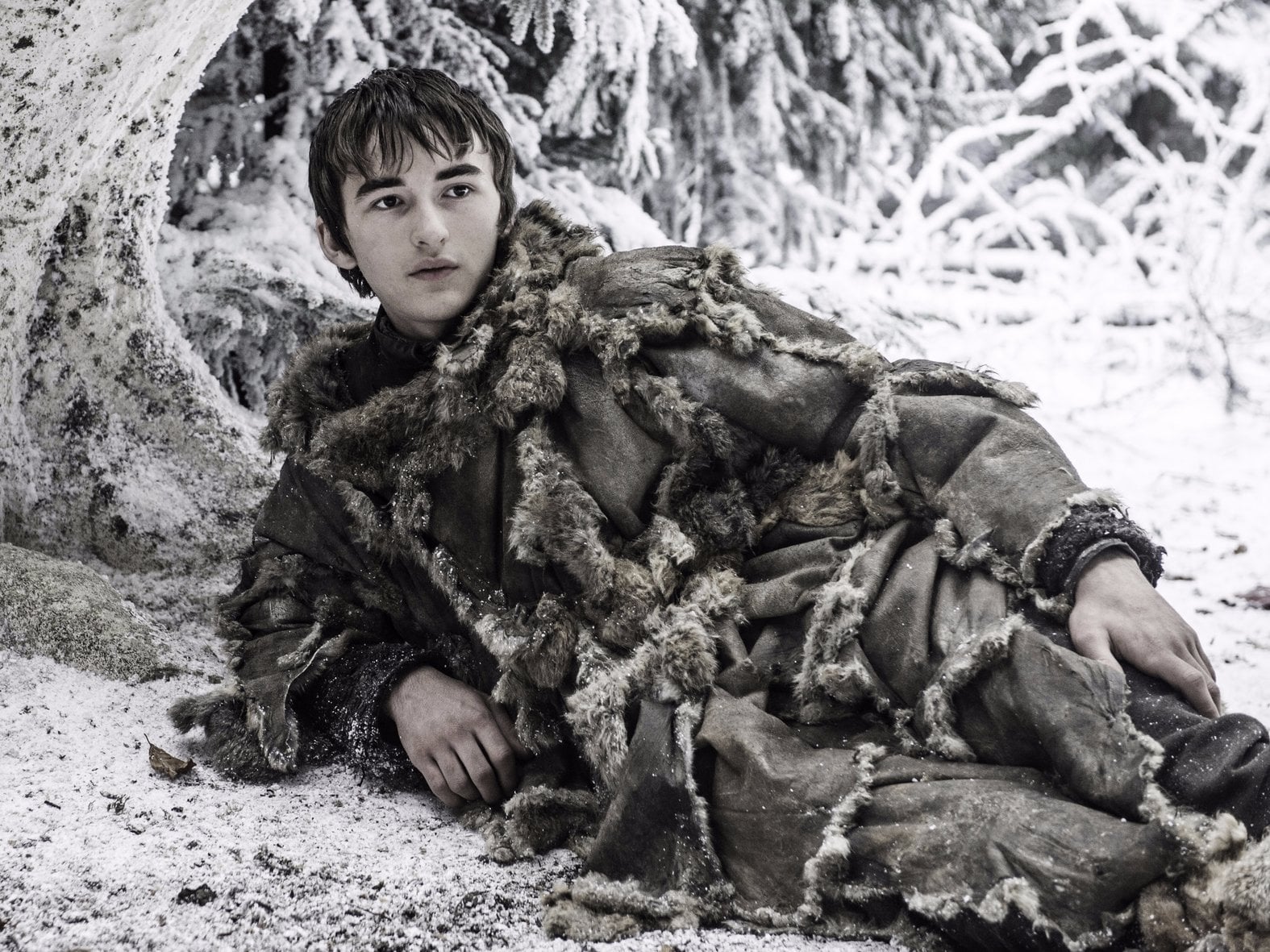 Although the Night King has been terrorising Game of Thrones for three seasons now, we still don't know who he was before he became the White Walkers' leader. We have a few ideas, of course, but it's hard to ignore all the evidence piling up that the Night King is actually Bran Stark. Sound insane? We thought so too . . . at first.

Reddit user Turm0il26 recently proposed the idea that once Bran comes to terms with the fact his powers are the reason Wylis becomes Hodor, who then goes on to one day save his and Meera's lives, Bran will wrongly assume he can go back in time to stop the White Walkers from ever existing in the first place. With the Night King and his army already doing serious damage to Jon Snow's forces, it's possible that Bran will get the idea in his head in season eight that the only way to put an end to the war between humans and White Walkers is by preventing the creation of the Night King (although it's worth noting that Bran doesn't seem interested in helping anyone these days). To accomplish this, he'd have to travel far enough back in time to stop the Children of the Forest from ever plunging dragonglass into the heart of one of the First Men, which is how the first White Walker comes into existence.

We already know that the two share an intense connection, since we see Bran experience the touch of the Night King while warging in season six. If you subscribe to Turm0il26's theory, the reason the Night King and Bran could be so drawn to each other is because they are the same exact person, only at different stages of their lives. "Bran goes back all the way to where the Night King was created, to warg into the human that later is going to become the Night King," the Redditor writes. "He wargs into him to instead stop the 'dragonglass into the heart'-event from happening. Only he doesn't think of that the Children of the Forest won't recognise him from the future . . . He tries to go back in the current timeline, but can't because he's too deep into the past and stayed too long . . . From here Bran gets stuck in the past and becomes the Night King."

Obviously Game of Thrones showrunners David Benioff and D.B. Weiss have neither confirmed nor denied this theory, but we might have gotten another clue that the connection between Bran and the Night King is legit, courtesy of the show's costuming department. As you can see in the GIF below, the clothes Bran wears in a season six scene are remarkably similar to the outfit the Night King wears in season seven's "Beyond the Wall."

In all fairness, most of the characters on Game of Thrones wear some variation of armour, black leather, and fur. Still, from the shape of their garments to their walk, the similarities are pretty striking. Could this be our first solid clue that Bran is well on his way to becoming the Night King? (Or technically, already is?) Here's hoping the season seven finale answers some of our questions.