We have to wait until next week to see the wedding, honeymoon, and love scenes of Breaking Dawn, but you can have an early taste of the film with the soundtrack, which is out today. I always look forward to the well-curated Twilight soundtracks and their mix of songs that reflect the darkly romantic tone of the films (I still regularly listen to the New Moon and Eclipse albums). The latest soundtrack is a bit less moody than its predecessors, but it's still an awesome variety of indie gems, bold rock, and romantic but not cheesy ballads. I've picked my top five favorites to highlight (see the full Breaking Dawn soundtrack listing here). 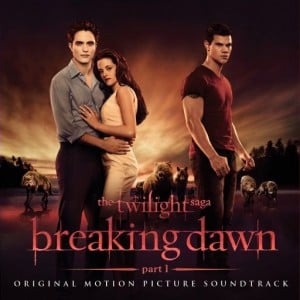