Check out the awesome just-released title art for Breaking Dawn: Part I! It goes along with the look of Twilight, New Moon, and Eclipse, which is just the way we like it with the added sexiness of the red coloring! We got our first peek at the film's highly anticipated honeymoon scene in a hot still last year which was followed up by an even sexier image of Robert Pattinson and Kristen Stewart in an intimate scene as Edward and Bella. They joined the cast to continue filming in Louisiana after popping up in LA with Taylor Lautner for the People's Choice Awards earlier this month. Rob also recently took care of some steamy reshoots on Water For Elephants, and made an appearance with Peter Facinelli after presenting at the Golden Globes, though for now he's focused on his most famous vampire role. 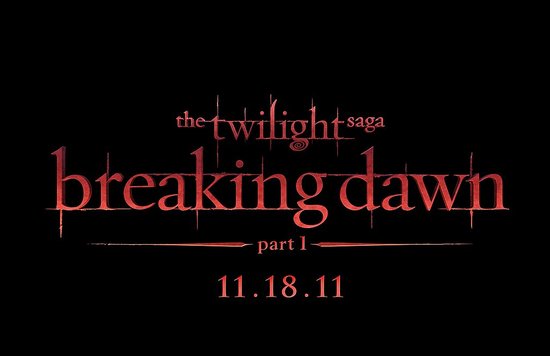