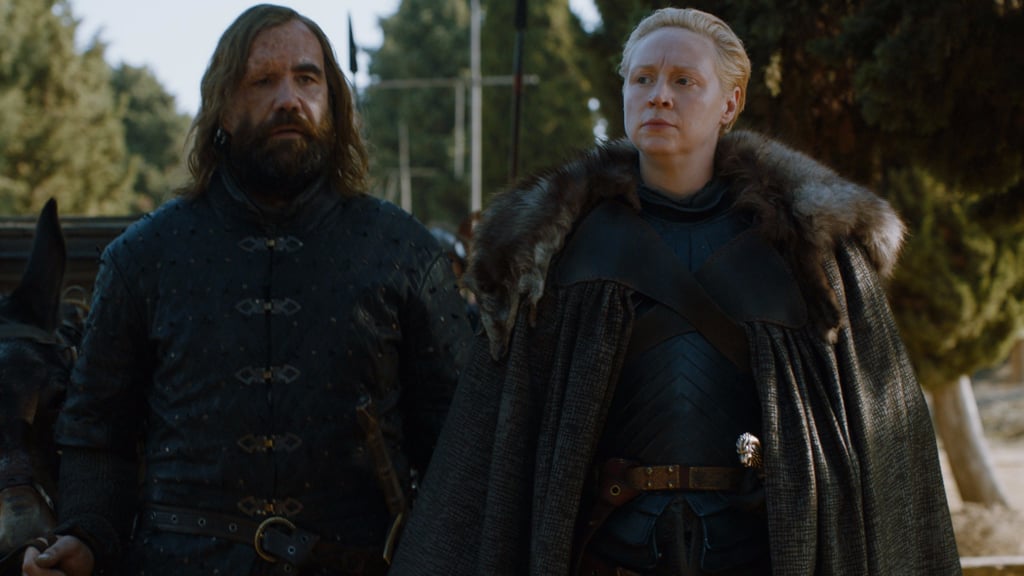 World, meet the proudest pair of stage mums in Westeros: Brienne of Tarth and Sandor "The Hound" Clegane. When the two legendary fighters came face to face in the Game of Thrones season seven finale, fans expected them to duke it out . . . after all, their last encounter was a brutal fight to the (almost) death. But instead of focusing on their differences, Brienne and The Hound actually find something in common to bond over. Namely, their murderous mutual friend, Arya Stark.

Because Brienne and The Hound have both played something of a mentor role to Arya and ultimately seek to protect her, they each have a sense of pride in her ascent into teenage badassery and killer tendencies. Of course, fans loved it when the pair chuckle over Arya's independent spirit, and their hilarious reactions prove it.