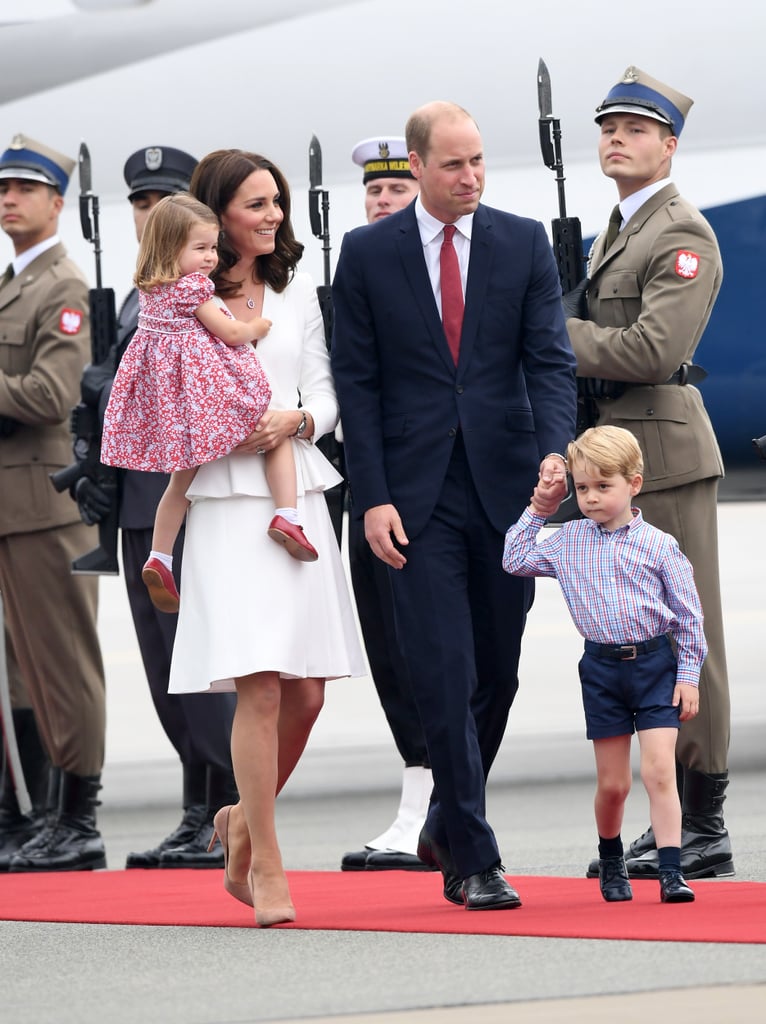 After making our hearts melt with their sweet family appearances in Canada last year, the Duke and Duchess of Cambridge have brought their children, Prince George and Princess Charlotte, along for their five-day tour of Poland and Germany. The royal family was all smiles as they touched down in Warsaw on Monday. While Charlotte practised her royal wave for the public, George kept close to his dad as he gave him a princely pep talk. The siblings even shared a sweet moment as they were spotted staring out the aeroplane window.

Despite being superadorable, the family of four's outing actually breaks major royal protocol that two direct heirs should never fly on a plane together so that the lineage is protected in case of an accident. Perhaps the parents are waiting until George gets older to adhere to the rule. In the meantime, we'll just be over here enjoying all of their sweet moments from this royal tour.